The WHO is currently assessing the risk to public health at the global level as moderate. 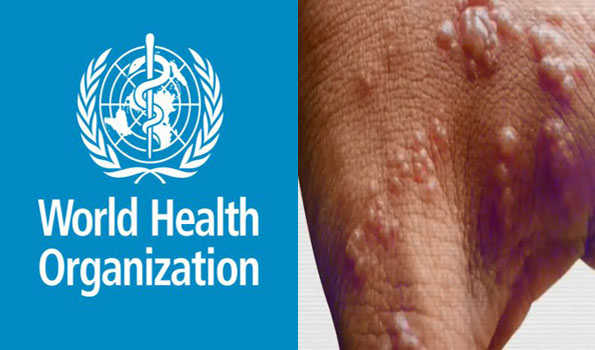 Geneva: At least 780 confirmed monkeypox cases were identified in humans in 27 non-endemic countries from May 13 to June 2, the World Health Organization (WHO) said.

“Since 13 May 2022, and as of 2 June 2022, 780 laboratory confirmed cases of monkeypox have been reported to or identified by WHO from 27 Member States across four WHO regions that are not endemic for monkeypox virus,” the organization said in its regular publication of Disease Outbreak News.

Thus, 523 more cases have been confirmed since May 29, when the organization released its previous update on the epidemiological situation with 257 cases confirmed. The new figures indicate a 203 per cent increase in the incidence of the virus.

“As of 2 June 2022, there have been no deaths associated within the current monkeypox outbreak in non-endemic countries, however, cases and deaths continue to be reported from endemic countries,” the statement read.

The WHO is currently assessing the risk to public health at the global level as moderate.

At the same time, the organization announced the development of guidance to support WHO member states in conducting disease surveillance, laboratory diagnosis, testing, monkeypox investigation and contact tracing, as well as vaccination and immunization.

The UK Health Security Agency was the first health authority outside Africa to publicly report a case of monkeypox on May 7, in a patient who had recently traveled to Nigeria. Since then, monkeypox outbreaks have also been confirmed in some countries of Europe and North America.

Monkeypox is a rare viral disease that is usually transmitted to people from wild animals and is endemic in some African countries. The disease can be transmitted through body fluids, respiratory droplets and other contaminated materials. The disease usually results in fever, rash and swollen lymph nodes.