8 Rohingya detained in Tripura on their way to Bangladesh

Police have produced them to court seeking direction for the next course of action on the detainees. 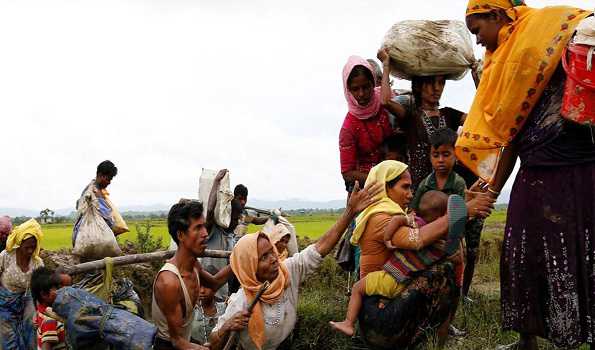 Agartala: As many as eight Rohingyas including two women and five children were detained at Bheluarchar locality of Sonamura in Sepahijala district of Tripura on Thursday on their way to Bangladesh from Delhi via Guwahati.

Police have produced them to court seeking direction for the next course of action on the detainees.

According to the report, while regular vehicle checking police noticed three adults with five children travelling to bordering Boxanagar and on query, they confessed that they were travelling from the Rohingya camp in Delhi to cross the border.

They first came to Guwahati by train from Delhi three days ago and then they took a bus from Guwahati to Agartala.

They had a plan to cross the border at night through an unfenced patch in Boxanagar area.

The Rohingyas told police, “At present they have no work in Delhi, which made their stay hard in the camp. So, they moved to Bangladesh and opted for the Tripura border to cross over Bangladesh, as West Bengal border has become strict now. Each of them moved from Myanmar to a Rohingya camp in Bangladesh about 10 years ago and now want to return.”