Dey stated that all the miscreants were known to be close to Information Minister Sushanta Chowdhury, elected from the area. 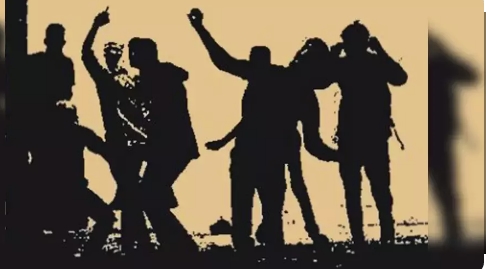 Agartala: The opposition CPI-M threatened to launch a statewide movement against continuous attacks and atrocities on their supporters perpetrated by ruling BJP cadres and inaction of police despite specific complaints.

The party alleged that BJP has not been allowing opposition parties to carry out their political activities in connivance with the police, which set a bad precedent in the country.

Former minister and CPI-M state committee member Manik Dey alleged at least eight CPI-M workers including a woman were left injured in a broad-daylight attack on Sunday at Bridhanagar of Ranirbazar in the eastern outskirt of Agartala while two of them have been undergoing treatment at Agartala Govt Medical College (AGMC) in critical condition.

According to the report, CPI-M activists had assembled at the house of one Gita Chakraborty in the morning to hold a discussion relating to the party activities and organisation. Meantime, a group of bike-borne identified miscreants of the area have carried out an indiscriminate attack in the house with rods and sticks and left at least eight persons including the house owner lady injured.

Dey stated that all the miscreants were known to be close to Information Minister Sushanta Chowdhury, elected from the area. The miscreants ran away after local people chased them.

Later, in the evening they attacked the house of ailing Tinku Saha’s house and assaulted the family members while warning them to get disassociated with CPI-M.

“I personally spoke to SP (West) Manik Das followed by lodging a complaint against the accused persons, he assured me of action but even after 24 hrs, the accused are roaming around openly and posing threat to the opposition supporters. We want the goons who attacked the CPI-M workers to be arrested immediately; otherwise, the party would launch a stir across the state”, Dey maintained.

He slammed the BJP-IFT government and alleged jungle raj has been prevailing in the State since 2018. Ranirbazar area had witnessed several violent incidents after BJP came into power – CPM party offices were gutted, a large number of supporters were beaten, many party workers fled from their houses and were unable to return home till now, which is unprecedented in a democratic setup.

He alleged in two days after the election result of the 2018 assembly poll in Tripura as many as 514 party workers were attacked by BJP goons, 1539 houses of CPM supporters were ransacked and looted, 196 houses gutted, 134 party offices were destroyed and 64 were set on fire.

The BJP has captured altogether 298 party offices of CPI-M and destroyed another 38 offices of mass organisations of left parties between the announcement of the election result and formation of the government led by Biplab Kumar Deb in 2018, CPI-M alleged adding no action has been taken any of the cases so far despite lodging specific FIRs.