Referring to the last report of Tripura assembly Das said, an average of 67 cases of violence against women are being recorded in various police stations every month. from January 1, 2020, to August 31, 2022, as many as 381 cases of rape have been registered in the state. 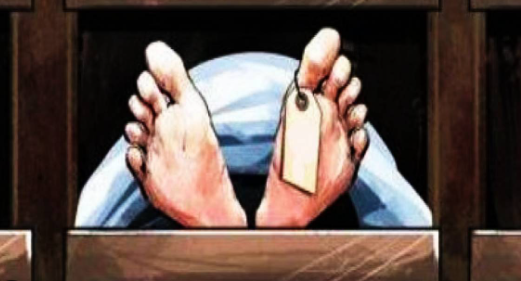 Agartala:Challenging the ongoing good governance campaign of the ruling BJP in Tripura, the women front of opposition CPM – All India Democratic Women’s Association on Monday accused the state government of failing to protect the women and punish the criminals involved in crime on women.

Vice President of the association Rama Das alleged as many as 66 females were killed after rape and gangrape while another 105 women had to commit suicide following rape under BJP’s rule in Tripura over the last 57 months, which is very alarming and depiction of the civility of BJP led government towards women.

Referring to the last report of Tripura assembly Das said, an average of 67 cases of violence against women are being recorded in various police stations every month. from January 1, 2020, to August 31, 2022, as many as 381 cases of rape have been registered in the state.

During this period, 2164 cases of violence against women have been registered in various police stations, which is the highest among the northeastern states. A total of 26 gang rape cases have been recorded with the state home department. Among them, seven women and children were killed after being gang-raped during this period, Das stated.

She further alleged that the son of the state’s Labour Minister Bhagaban Das was accused of gangrape of a 16 -yrs old girl last month at his rented house in Kumarghat of Unokoti district but,

BJP didn’t take any action against him instead, the police were influenced to strike out the name of the minister’s son from the accused list.

Not only the crime against women but the general law and order situation in Tripura has also deteriorated badly. Violence on the supporters of opposition parties, leaders, and MLAs on opposition parties, murders, and theft cases increased by lapse and bounds under BJP’s rule, she alleged adding, “BJP cadres are collecting money from each and everyone.”

Elaborating on the alleged suicide cases, Das said each of the 105 women who ended their lives after being raped has its own story and CPM will soon come up with the report before upcoming assembly elections. They had to suicide because police were not taking cases against the accused persons, families were not supporting and local party leaders were reportedly pressurizing them to settle the case with the accused.

“Unfortunately, police are not updating the crime reports on a daily basis on the websites just to cover up their failure and to protect BJP. The goons are attacking the opposition in front of police but no case is registered. Rather later police harassed the victims,” Das added.