Anubhuti Kashyap' s debut directorial is now streaming on Netflix after a successful run in the theatres and is a perfect example of how cinema can be a purveyor of meaningful entertainment. 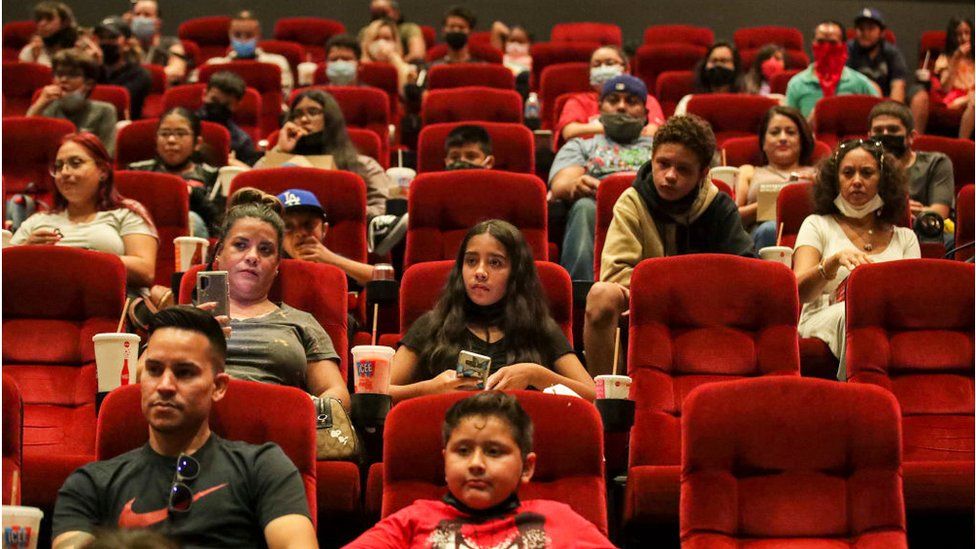 New Delhi: The year 2022 demonstrated that formulaic filmmaking no longer works at the box-office and only when makers take risks and tell stories with a difference, will they be able to lure the audiences back to theatres.

Here are a few films that steered clear of the beaten path.

Anubhuti Kashyap’ s debut directorial is now streaming on Netflix after a successful run in the theatres and is a perfect example of how cinema can be a purveyor of meaningful entertainment. Set in a small town government hospital, it demolishes Bollywoodian notions of masculinity, gender roles, love and friendship and shows how a young male doctor after feeling like a misfit, finds his feet and his purpose in a gynecology department.

Ayushmann Khurrana plays Dr Uday Gupta, and transitions from cocky disdain to self-awareness with sensitivity. Shefali Shah as his tough mentor Dr. Nandini Srivastav and Sheeba Chaddha, as his lovable mother are flawless and the ensemble cast is charming as well. Witty, insightful and refreshing. Doctor G was distributed by Anand Pandit Motion Pictures and produced by Junglee Pictures. It also stars Rakul Preet Singh, and Indraneil Sengupta among others.

This Rishab Shetty directorial that had a quiet release, has become the second highest-grossing Kannada movie to date. It has once again proved how rich content can outweigh a movie’s production budget and star cast. The modest but compelling film rose to pan-Indian success in no time, thanks to its story-telling, stunning choreography and the powerful performance of Rishab Shetty as a Kambala champion, who is niggled by memories of his past and then discovers his destiny when the forest rights of his community are challenged. The folklore animating the film , its music, the hyper local backdrop all contributed to the massive success.

Headlined by Rishab Shetty himself, the blockbuster is produced by Hombale Films and also stars Kishore Kumar G, Sapthami Gowda, and Pramod Shetty. It is available on Amazon Prime and Netflix.

Sanjay Leela Bhansali’s ‘Gangubai Kathiawadi’ is arguably the lone hit headlined by a female star in 2022 amid testosterone driven blockbusters. It traces the rise of a young girl who despite being a victim of sex trafficking becomes a protective saviour of other sex workers and becomes a force of good in a murky neighbourhood. Alia Bhatt in the titular role delivers a gobsmacking performance as Ganga, a small town girl forced into prostitution who in time defies the odds to become a powerful madame and strives to earn the right to live and earn with respect in a hypocritical and patriarchal society.

Produced by Bhansali, the film also stars Seema Pahwa, Ajay Devgn, and Vijay Raaz. The movie premiered at the 72nd Berlin International Film Festival and is currently available on Netflix.

‘Drishyam 2’ is currently the third highest grosser of 2022 . It changes the setting of the 2021 Malayalam original and revisits the household of Vijay Salgaonkar (Ajay Devgn) who is now a theatre owner and a committed family man, vigilantly protecting his loved ones from the ghosts of the past. When the ghosts do knock at his door and threaten his peace and happiness, he goes to great lengths to outwit the police officer on his trail and wins once again.

Anand Pandit Motion Picture’s ‘Fakt Mahilao Maate’ is a perfect example of a regional hit that brought back family audiences to the theatres. The female-led social comedy starred megastar Amitabh Bachchan in his first major Gujarati cameo and scored big in the Gujarat and Saurashtra territories. Directed by Jay Bodas, the film revolves around a youngster, Chintan Parikh (Yash Soni), who is fed up with the ‘bickering’ of women at home and prays to God to grant him the power to read their minds. His wish is granted and soon he begins to understand the challenges and tribulations that women face everyday.

Co-produced by Vishal Shah’s Jannock Films, the film stars Deeksha Joshi and Tarjanee Bhadla and can be watched on JioCinema and ShemarooMee.