3 killed in Bangladesh clashes after the desecration of holy Quran

Three people were killed on Wednesday and several others were injured in Hajiganj Upazila of Chandpur as people clashed with the police. ection 144 has been imposed following the violence. 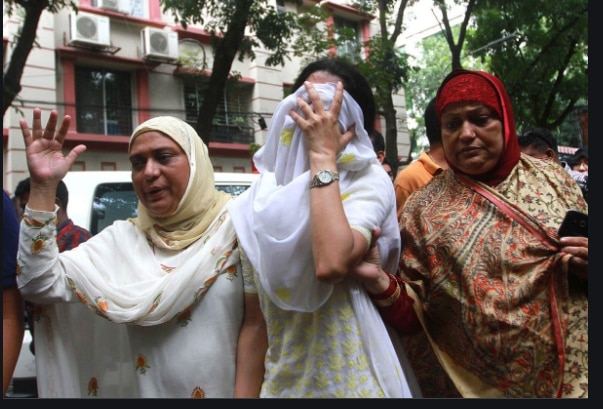 Dhaka: Violent incidents were reported from several parts of Bangladesh following an incident of desecration of the Holy Quran in Cumilla town.

Three people were killed on Wednesday and several others were injured in Hajiganj Upazila of Chandpur as people clashed with the police. section 144 has been imposed following the violence. Two platoons of the Border Guard Bangladesh (BGB) have been deployed to maintain peace and restore order.

Violence was also reported from Cumilla, Chattogram, Kurigram and Moulvibazar. Idols and temples were vandalised and houses were attacked in multiple incidents.

In Chattogram also BGB was deployed in six Upazilas of the district after several temples and homes of Hindus have attacked in Banshkhali and Karnaphuli Upazilas reports the local media.

In Cumilla at least 50 people were injured while local media reported that at least 60 people, including journalists and common people, were injured in clashes in Hajiganj. In Hajiganj also temples were attacked by the mob late at night.

The government has asked the local administration to investigate the incident in Cumilla where the Holy Quran was reportedly desecrated inside a puja mandap on Wednesday. Subsequently, several temples were vandalised and houses were attacked in Cumilla. The local police held a meeting with community representatives to establish peace.

The State Minister for Religious Affairs Md. Faridul Haque Khan has urged people to exercise restraint and not take the law into their hands.

He called upon people to maintain religious harmony and peace. He said that the government has been closely monitoring the situation in Cumilla and the local administration has been instructed to investigate the incident. He warned that anyone involved in destroying religious harmony in the country would be dealt with appropriately.