Police had said the entire conspiracy of the Shopian IED blast was "hatched" by an active Lashkar militant. 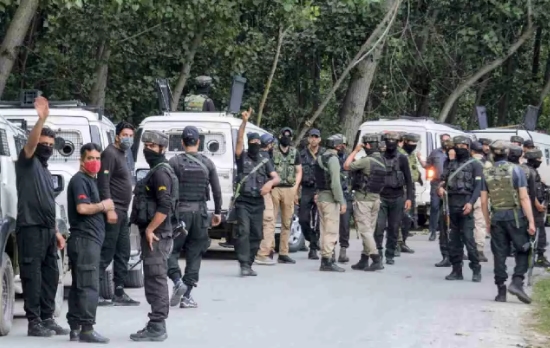 Srinagar: Two more militants were killed in an encounter with the security forces in frontier Kupwara district of Jammu and Kashmir on Monday taking the death toll of militants in the operation to four, an official said.

In the last 24 hours, seven militants have been killed in three gun battles in the Kupwara, Kulgam, and Pulwama districts of Jammu and Kashmir.

Police said three foreigners and a local militant- Showkat Ahmad Sheikh, arrested earlier this month during the investigations of an IED blast in Shopian, led the forces to a hideout in the forests of Chandigam Lolab area of Kupwara on Sunday where the encounter broke out.

“Three Pakistani terrorists of Lashkar-e-Taiba and Showkat who got trapped in the encounter were killed during the operation that concluded this morning,” a senior police officer said.

Earlier this month, J&K Police had claimed that it arrested two “hybrid” militants including Showkat in an IED blast case in Sedow Shopian district of Jammu and Kashmir on June 2, that had left one soldier dead and two others injured.

Police had said the entire conspiracy of the Shopian IED blast was “hatched” by an active Lashkar militant.