2 killed as rocket explodes in residential area in Kabul

A rocket slammed into a house in the Khawja Bughra area in Kabul's 11th security district, which is west of the airport. 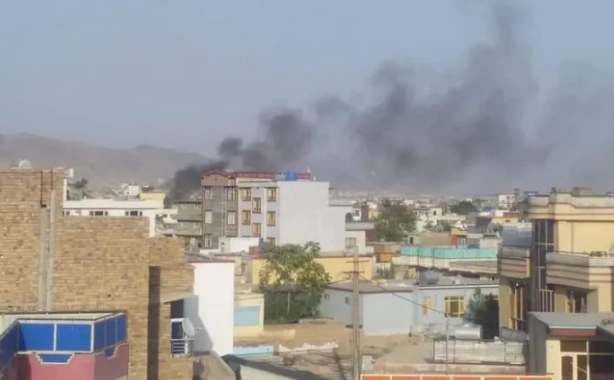 Kabul: Two people were killed and three others injured, including women and children, when a rocket exploded in a residential area in the Afghan capital on Sunday, three days after a deadly suicide bombing killed nearly 200 people at the Kabul airport.

A rocket slammed into a house in the Khawja Bughra area in Kabul’s 11th security district, which is west of the airport.

Dense plumes of smoke could be seen rising into the sky from the explosion. The rocket landed on a house in a crowded locality.

The attack came hours after US President Joe Biden warned that another terrorist attack on Kabul’s airport is “highly likely in the next 24-36 hours”.

“Our commanders informed me that an attack is highly likely in the next 24-36 hours,” Biden had said adding that he has directed his commanders to take every possible measure to prioritize force protection, and ensure that they have all the authorities, resources and plans to protect US nationals on the ground.

On Friday, the US killed two “high profile” ISIS-Khorasan targets in a drone attack in Nangarhar province and injured another, in a retaliatory step following the airport suicide attack that killed 13 US service members.

On Thursday, an ISIS-K suicide bomber exploded himself in the midst of a crowd of people seeking to leave Afghanistan, just outside the airport, killing nearly 200 people and wounding dozens of others.