About 140 members of Moroccan security forces were also injured, five were serious. 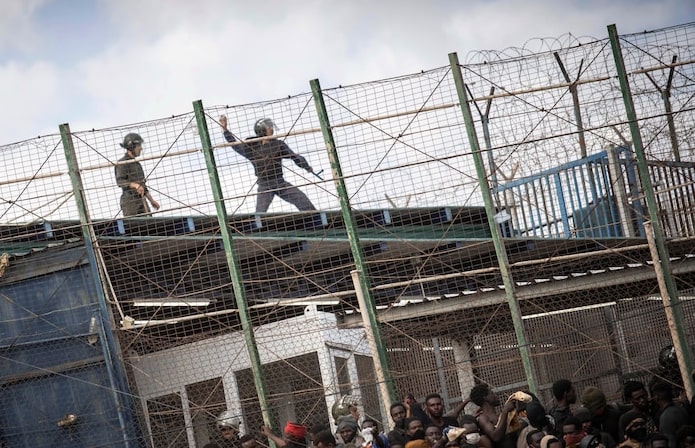 Madrid: At least 18 migrants were killed and several injured when the huge crowd tried to cross into Spain’s North African enclave of Melilla after a two-hour skirmish between the migrants and border officers, Morocco officials said.

About 2,000 migrants stormed a high fence on Friday that seals off the enclave which led to clashes with security forces as more than 100 migrants managed to cross from Morocco into Melilla, VOA News quoted Moroccan and Spanish authorities as saying.

Among the migrants, some died after falling from the top of a border fence.

The Moroccan Interior Ministry had initially said that five migrants had died in the raid, some of them after falling from the fence surrounding Melilla and others in a crush and that 76 migrants were injured.

It later said 13 more had died.

About 140 members of Moroccan security forces were also injured, five were serious.

Several security personnel and migrants were admitted to the hospital for treatment following clashes early on Friday, BBC reported.

This was the first such attempted mass crossing since Spain and Morocco resumed their diplomatic ties in March.

According to Spanish officials, hundreds of migrants had tried to break through into the enclave after cutting fencing.

Most were forced back but more than 100 got through and were being processed at a reception center, BBC quoted the officials as saying.