Minister Letpao Haokip said that Andro produces the highest yield of horticultural products in the State. 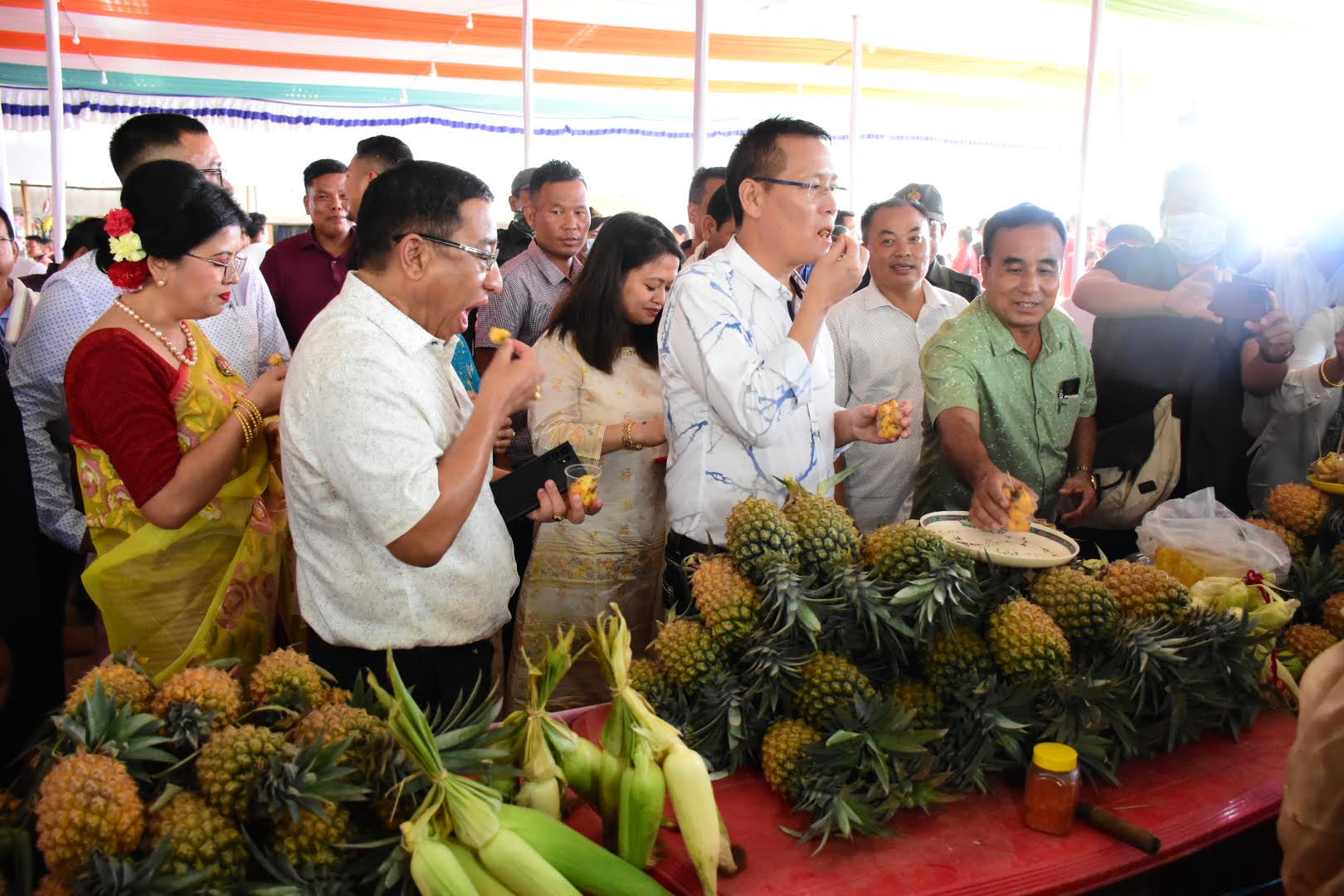 The festival is organized by the Development Organization Andro Kendra (DOAK) in collaboration with the Horticulture and Soil Conservation Department under the aegis of Eastern Border Area Development Authority (EBADA) and Mission for Integrated Development of Horticulture (MIDH) sponsored by North Eastern Council Government of India. It will continue till July 5, 2022.

Stating that the farmers have faced many difficulties regarding marketing of the products, he said the government had made arrangements to lower the risks of marketing the crops. The farmers need not worry about the issue and thus can produce the crops without any fear. Minister also appealed to the farmers to focus on cultivating high value plants which have high demand in the market.

He said crops having antioxidants qualities and spices with distinctive flavors can be cultivated in hilly areas instead of cultivating those plants grown annually. The Horticulture Department will provide support in cultivating such crops and plants through training and other related activities to the farmers, he added. He also urged the public to treat the farmers equally as they are the ones helping us to survive.

Supporting the statement of Horticulture & Soil Conservation Minister, MLA Shri Th. Shyamkumar said that the farmers should be respected and co-operation should be given to them to improve the yield of crops in the State. He also appealed to the locals of Andro to show their best hospitability to the visitors during the five-day long festival.