Besides, 11 other convicts who have been suffering life imprisonment in Khowai, Kailashahar, and Kanchanpur of Tripura were also released. 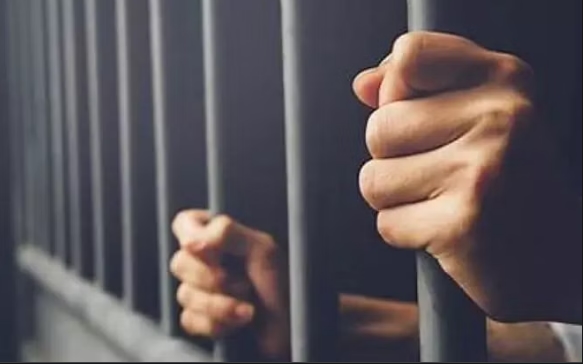 Agartala: After a multi-level review of conduct, behaviour, and understanding of satisfactory moral correction during their stay in different jails, the Directorate of Prison in Tripura on Thursday released as many as 15 life-term sufferers before completion of their tenure of imprisonment.

In a ceremonial event, Jail Minister Ramprasad Paul handed over the release orders to the convicts including two sisters of a family, a CRPF jawan serving life-term at Agra Jail, and former Congress leader Amitabha Ghosh at Kendriya Sansodhanagar (a central correctional centre).

The family members of the released persons attended the function as the special guests on the jail premise where the convicts were promised to lead a decent life, stay away from committing any crime and motivate others not to involve and indulge in any criminal activity.

“We are sure the release of 15 convicts well before completion of their jail term will disseminate a message among the inmates to get corrected over a period of time, which will remain for the rest of their life. When someone comes to jail committing a crime, there is a process of orientation to make necessary corrections in their behaviour, as none of them were born as a criminal,” Paul said.

He mentioned the proverb – hate the crime, not the criminal is practiced letter and spirit in Tripura jails and counseling has been made at a different level to correct the mistakes they committed, and the review committee evaluates the activities, performance, and behaviour of each and every inmate in the jails before recommending the reducing the punishment.

“They didn’t pass idle time in the jail – some of them studied and obtained the highest degree, some developed their vocational skills and ensured their livelihood option. Jail is a correction home for the convicts now. When coming out from jail, they appeared to be altogether a different human being and this has no exception in the case of these 15 inmates,” Paul stated.

All the convicts whose imprisonment terms have been reduced are being served in the jails for not less than 12 years. Amitabha Ghosh of the city was in jail for more than 17 years on the charge of murder in 1997. He had contested Agartala Municipal election as a Congress nominee in 2004 and thereafter, Amit was arrested and sent for custodial trial and imprisoned for life in 2014.

Two sisters Bandana Patra and Baby Patra have also reduced punishment for those who had been awarded life imprisonment for killing their sister-in-law and their brother fought the case for six years to send them to jail. Besides, 11 other convicts who have been suffering life imprisonment in Khowai, Kailashahar, and Kanchanpur of Tripura were also released.

Similarly, CRPF jawan Ranbir Singh was also got released from Agra jail who was convicted for life in connection with the murder of his boss in 2008 in Tripura. The jail authority considering the prayer of his family had shifted him to Agra and during the review of his prison life, he was found to have been corrected satisfactorily, jail officials added.