14th Manipur Polo International to kick off on November 22 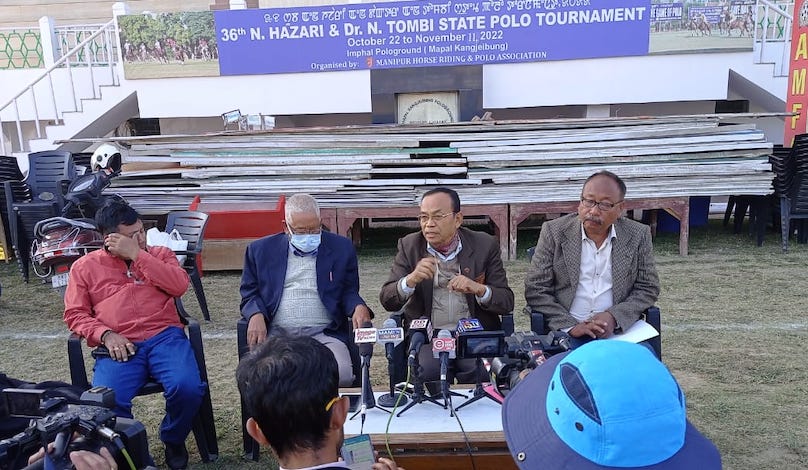 Imphal: The 14th Manipur Polo International tournament which is organized as part of the Sangai Festival 2022 will Kick off on November 22 after a hiatus of two years due to the pandemic.

This was announced by the Chairman,  Publicity & Media Sub-Committee, 14th Manipur Polo international 2022, N Tombi Raj in a press conference held at Mapal Kanjeibung on Thursday.

Manipur Chief Minister  N Biren Singh will inaugurate the tournament as the chief guest of the opening day while Governor La Ganesan will bring the curtain down on the closing day on November 29, 2022.

Altogether six teams will participate in the tournament, of which the United States of America, the United Kingdom, the Indian Polo Association, Manipur and the Indian Navy team have confirmed their participation while the slot for the sixth team is yet to be confirmed. As per Tombi Raj, it is likely to be either South Africa or Singapore.

Organising Secretary, 14th Manipur Polo International 2022, N Bedajit addressing the press meet, informed that the concept behind holding this tournament is manifold. These include publicizing the fact that the modern game of Polo as we know it today, originated in Manipur; popularizing the game of Polo and most importantly, saving the Manipuri pony from the danger of becoming extinct.