Super-quick superbikes along with homegrown machines will be in action at the modern race track at Irungattukottai, about 40 km from here. 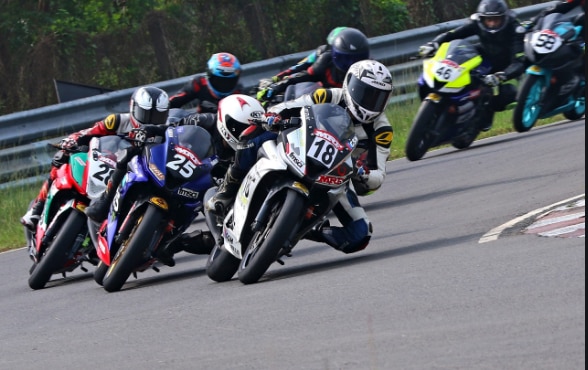 Chennai: About 100 die-hard petrol heads will congregate at the
MMRT is here this weekend for the second round of MMSC-FMSCI Indian
National Motorcycle Drag Racing Championship.

Super-quick superbikes along with homegrown machines will be in action at the modern race track at Irungattukottai, about 40 km from here.

A minimum of at least 100 competitors across various categories has been more the norm than the exception. More importantly, MMSC is providing a great platform to drag-race in a safe and controlled environment rather than in public thoroughfares where lives and limbs are put at risk.

Restrictions have been put in place in compliance with Covid-19 safety protocols, putting a cap on the number of mechs and assistants accompanying the riders.

The SuperSport 851-1050cc and Above 1051cc categories will headline the races.

Bengaluru’s reigning National champion Hemant Muddappa, astride BMW S1000, has been dominating the Above 1051 cc category but suffered a defeat at the hands of Hyderabad’s Md Riyaz (Yamaha R1) in the 851-1050cc class in the first round in August.

Besides these two premier categories, the card also contains races in six other classes: