Tripura to start National Law University from next session

The government decided to provide Rs 50 crore to the university for five years for running its affairs. 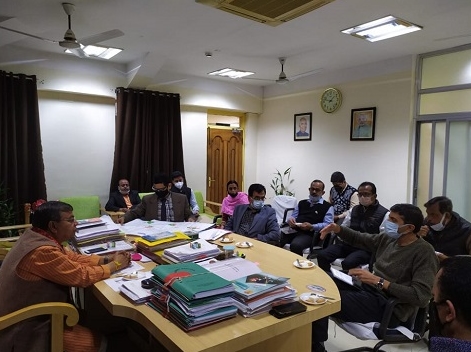 Agartala: The Tripura government is all set to start the National Law University from the next session temporarily at the Judicial Academy in Khejur Bagan of Agartala, official sources said here on Sunday.

An amount of Rs 21 crore has been allocated for the establishment of the National Law University in the budget for the current fiscal.

The university would begin post-graduate courses at the outset.
Accordingly, the state government has identified a plot of land at Narsingarh near the airport for the construction of the permanent university building.

The council of ministers in a meeting last week approved 9.23 acres of land for building the permanent university building, for which the government had exempted the authority concerned from paying the premium on the land.

The government has formed a three-member search committee for selecting the vice-chancellor for the university. Ten applications have been received for the top post.

The Chief Justice of the High Court of Tripura will be the ex-officio Chancellor. The process of appointing Registrar, Heads of different departments, Finance Officer, and other administrative posts have started.

In March, the National Law University Tripura Bill, 2022 was passed in the state legislative assembly. The government decided to provide Rs 50 crore to the university for five years for running its affairs.

Rs 21 crore has been allocated for meeting the expenses of setting up the basic infrastructure.

The state government has embarked on a mission to make it a self-sustained university in five years.