A video shared by the Congress party showed that Rakhu Das was being dragged by police personnel to the police van like a beast. 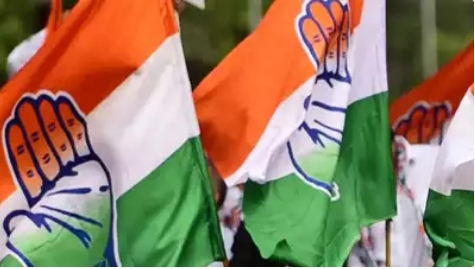 Agartala: Tripura Pradesh Congress Committee on Thursday threatened to higher court against the police, which has allegedly arrested state Youth Congress president Rakhu Das and two other leaders based on a false case in the direction of ruling BJP leaders in Bishramganj of Sepahijala district.

The party spokesperson Prasanta Bhattacharjee alleged that the Youth Congress president and other party workers were attacked by BJP goons during a meeting in the house of a leader in presence of police on Tuesday night.

But when Congress workers present in the meeting raised prevention, SDPO Bishalgarh and Additional SP Sepahijala detained them illegally and abused them for their political activities, and implicated them in false charges of rioting using deadly weapons.

Based on the police claim, the local court sent them to six days of judicial custody on Wednesday. It has been a well-known fact that BJP cadres attacking all opposition supporters and leaders in public for the last four years and over a thousand such incidents have happened but, police didn’t arrest a single miscreant as of now and Tuesday’s incident had no difference, Bhattacharjee alleged.

A video shared by the Congress party showed that Rakhu Das was being dragged by police personnel to the police van like a beast.

The party alleged that the police did nothing to prevent BJP supporters who gheraoed Congress office and got indulged in massive vandalism.
The SDPO Bishalgarh, former OSD security of the Deputy Chief Minister Jishnu Dev Varma under the instructions of BJP leaders harassed all of our leaders.

Rakhu Das has repeatedly contacted him to disperse the BJP supporters gathered in front of our training venue but he kept ignoring the requests, he alleged.

“Late in the night, he arrested three of them and invoked charges under IPC sections 147, 148, 149, and 353 for rioting and causing law and order breach,” Bhattacharjee underlined adding instead of running after the people who are trampling on democratic rights, the cops are hyperactive in taking action at the instance of political bosses”, Bhattacharjee added.