Meanwhile, Tripura Renewable Energy Development Agency (TREDA) has been selected as the best performing state nodal agency in the Northeast. 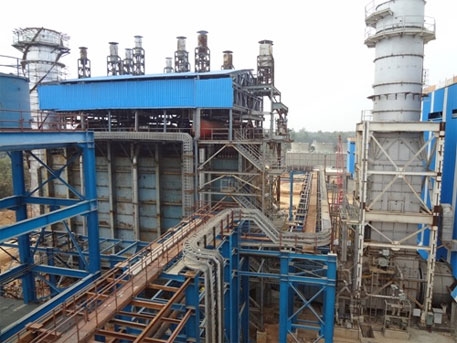 Agartala: Tripura has emerged as one of the best performing states in the country to tap the renewable sources of energy and aggressively motivate the rural and marginalized households to shift from conventional energy uses.

The Association of Renewable Energy Agencies of States (AREAS) has recognized Tripura for achieving the second highest solar power installed capacity and installation of the highest number of solar irrigation pumps among North-eastern states. The association will award the state on Aug 27 next at Cochin on the occasion of the celebration of 8th Foundation Day.

Meanwhile, Tripura Renewable Energy Development Agency (TREDA) has been selected as the best performing state nodal agency in the Northeast. TREDA has already installed a 2 KW microgrid power plant in 12 remote hamlets of Tripura, which lit up the villages from September last year and another 68 villages would be soon electrified through solar power, officials said here on Tuesday.

Welcoming the achievement of TREDA, Deputy Chief Minister of the state holding power and science & technology portfolio Jishnu Dev Varma said that his government is committed to reducing the dependency on conventional energy sources and complying with the targets of cutting down greenhouse gas emissions set by the central government as part of climate change mitigation strategy of India.

“Not only Tripura but hundreds of such hamlets in India are also found still away from electrification, for which Prime Minister Narendra Modi launched a solar mission to feed the solar energy into the grid. Similarly, grid feeding of wind energy has been progressing in the country impressively, which will not only upgrade the life and livelihood of rural communities but also contribute to achieving sustainable development goals,” Dev Varma said.

He pointed out that another 500 such remote localities of Tripura were identified for installing solar microgrids to serve people still living without electricity. The government is embarking on an ambitious project of illuminating markets and roads in remote tribal hamlets also through solar power under Grameen Bazar Alok Jyoti Scheme.

“As the state is hilly, many remote hamlets either have unreliable power connectivity or no electricity at all. Therefore, off-grid solar-based microgrids are the only feasible solution to provide electricity to them. We have a target of installing 15,000 solar street lights in 58 remote blocks and it is expected to be completed by December this year”, Dev Varma added