"Although we have made significant achievements, our societies are becoming increasingly divided over access to wealth and resources," he said. 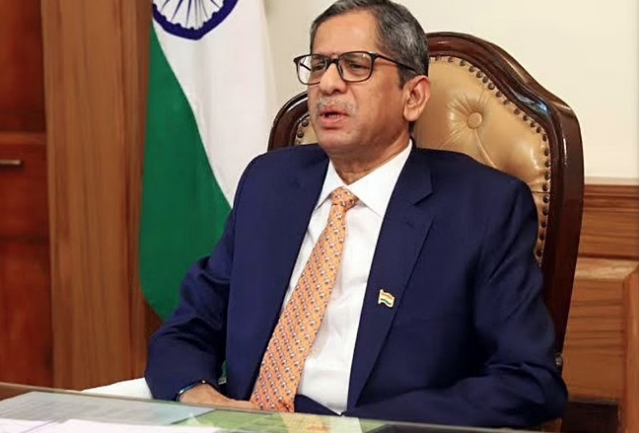 Hyderabad: Chief Justice of India NV Ramana on Friday called on educational institutions to propagate the basic ideas of the Constitution and governance, irrespective of the stream of learning.

Addressing the 82nd Convocation of Osmania University here, Justice Ramana said the ideas of the Constitution need to be simplified for everyone’s understanding and empowerment.

“Global culture is emerging as a threat to local cultural symbols and identities, even the social media, television, and pop culture glamourize a particular way of life and sadly, we are blindly absorbing the same,” he said.
He stated that his observations should not be taken as criticism of globalization per se.

“Although we have made significant achievements, our societies are becoming increasingly divided over access to wealth and resources,” he said.

Quoting the 2021 UNESCO World Report of Languages, Justice Ramana said half of the approximately 7,000 languages spoken in the world today could disappear by the end of the century and with the loss of each language, people are not only losing considerable literature and folklore but also losing wisdom inherited through generations.

The march of globalization has a significant impact on genetic diversity as well and as a result the rapid loss of crop varieties, he said as the market is driven by demands of the global economy, more and more farmers are moving beyond indigenous crops for short-term gains.

Similarly, climate change and environmental pollution are also affecting the wild varieties resulting in a huge ecological imbalance, Justice Ramana said.
“Another aspect of globalization is its impact on local handicrafts and artisans,” he said.

Justice Ramana urged the graduating students to read Telugu literature and not forget to write letters besides reading books. He also asked students not to forget their roots.

Governor Tamilisai Soundrarajan, who is also chancellor of the university, urged graduating students to face the challenges with confidence.

During the convocation, Justice Ramana was conferred with Honorary Causa the degree of Doctor of Laws (LL.D) by the University.

To date, OU has awarded 47 honorary doctorates, out of which 29 were awarded in Law, 12 in literature, and six in science.