Prof Awasthi congratulated the faculty, staff, and students of the institute for their efforts in bringing laurels to the institute. 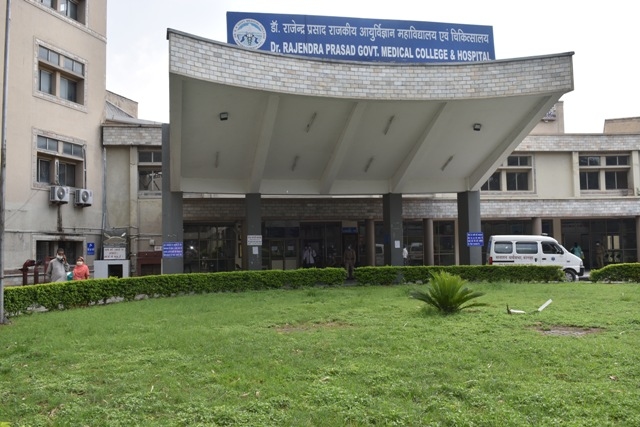 Kangra: In a major development for the state’s health sector Dr. RP Govt Medical College, Tanda has been listed as among the top 10 emerging medical colleges as per a ranking by the India Today magazine, one of the top magazines of the country.

He also thanked Health Minister Rajeev Saizal for providing direction to the efforts of the administration of the institution to achieve this rare feat. He said local MLA from Nagrota Bagwan Arun Mehra had always been standing by the institution.

Prof Awasthi congratulated the faculty, staff, and students of the institute for their efforts in bringing laurels to the institute.

The institution over a period has set in place a process to oversee activities related to surveys and ranking which is headed by Dr. Sunil Raina, Professor, and Head of Community Medicine.

Dr. Awasthi was all praise for Dr. Raman Chauhan, Associate Professor for consistently responding to queries raised during the survey. As per Dr. Chauhan, the ranking was based on five broad parameters like Intake Quality and Governance, Academic Excellence, Personality and Leadership Development, Career Progression, and Placement.

Principal Bhanu Awasthi said four out of the top 10 institutes are AIIMS and Dr. RPGMC is the only institute, not only in the state but in the entire region. He said this survey was conducted by India Today in association with the reputed market research agency Marketing and Development Research Associates (MDRA).