He was run out on Ravindra Jadeja's direct throw. Post that the scoring rate plummeted remarkably. 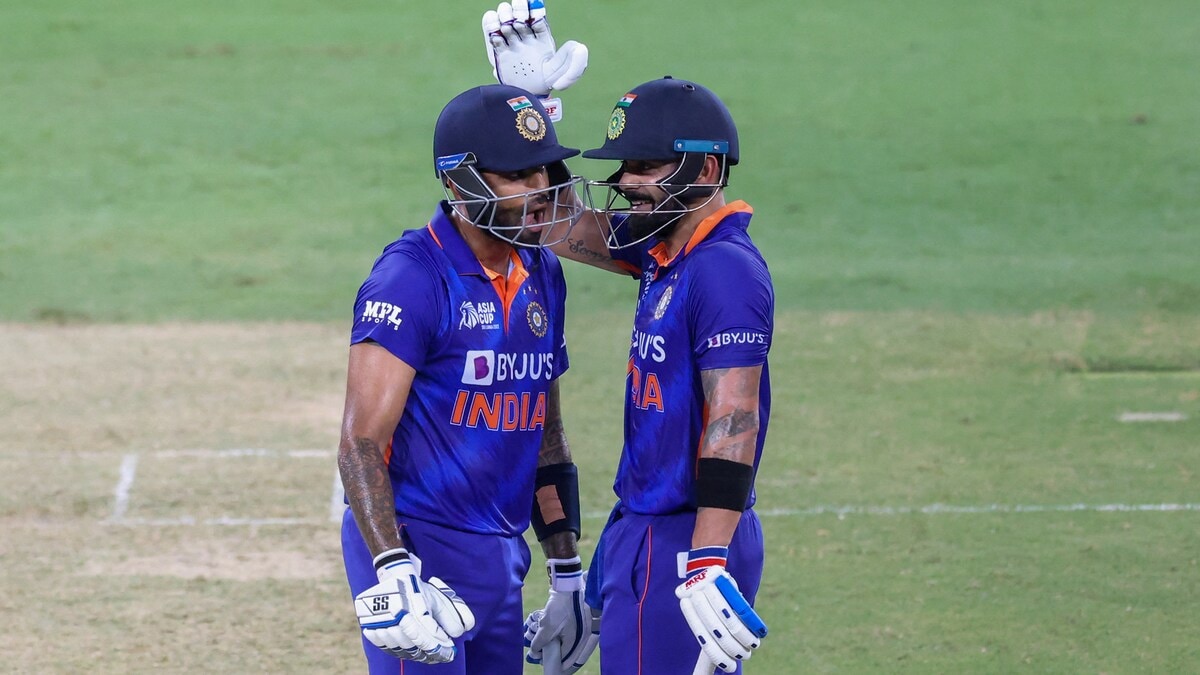 With this win, India stormed into the Super 4s from Group A. On August 28, India defeated Pakistan by 5 wickets.

On Tuesday, Afghanistan, who are listed in Group B, became the first team in the tournament to qualify for Super 4s after defeating Sri Lanka and Bangladesh.

The extravagant batting display by SKY and Virat, helped India post a mammoth 192/2 after they were sent to bat in Hong Kong.

In the final over, SKY clubbed four sixes off Haroon Arshad, giving India a very strong target for Hong Kong. Overall, he hammered six fours and as many sixes, at a strike rate of 261.53, while Virat remained unbeaten on 59 off 44, with one four and three sixes.

Both Virat and SKY sewed up a 98-run stand for the third wicket in just 45 balls, which changed the complexion of the game, considering India started off in first-gear mode.

In the first 10 overs, India managed just 70/1, keeping in view India’s pulsating T20 record in bilateral series against England and Sri Lanka.
Initially, the pitch was a bit sticky with the ball nipping around. However, KL Rahul and Captain Rohit Sharma managed to score 36 and 21, respectively before they departed.

However, SKY made the pitch look different as he crafted daredevil scoops and drives, as stated to club sixes off the cursed Hong Kong bowling attack.
Virat also found his form in the later half of the innings, bringing about sixes, holding the stamped insignia of his stroke-making on the leg side en route to scoring a 50 after a long time.

In reply, Hong Kong lost Yasim Murtaza (9) early, but Babar Hayat (41 off 35) set the seal on getting his side to the half-century mark before his Captain Nizakhat Khan departed after scoring 10 off 12 balls. He was run out on Ravindra Jadeja’s direct throw. Post that the scoring rate plummeted remarkably.

The Indian spinners, Jadeja and Yuzvendra Chahal, scarcely gifted freebies in middle overs, and both conceded only 33 runs in 8 overs, bagging a wicket.

Zeeshan Ali (26 no off 17) and Scott McKechnie (16 no off 8) showered boundaries towards the end to reduce the margin of defeat.

Fast bowlers Arshdeep Singh and Avesh Khan were expensive as they gave away 97 runs in 8 overs, bagging two wickets. These bowlers could be worrisome for Rohit when they take on big teams in the Super 4s stage.