The first batch of 119 NDRF personnel reached MBB airport in the afternoon in a special air force craft in response to the state government’s call. 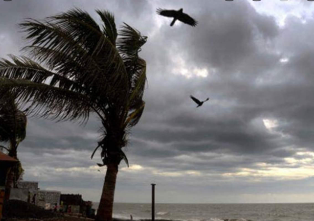 The first batch of 119 NDRF personnel reached MBB airport in the afternoon in a special air force craft in response to the state government’s call.

The weather report said the cyclonic storm sweeping across Tripura with a 25 km per hour speed along with a moderate shower, is expected to intensify in the next 24 hours. Heavy rain in isolated parts of hilly locations is predicted to increase the water level of the main rivers.

The latest government advisory asked people not to venture outside their homes and keep the roads free from traffic in case of any emergency. All government offices except those related to the emergency services would be on virtual mode on Tuesday, thereby allowing the employees to work from home.

The administrations of all eight districts have identified designated relief camps, besides police and emergency service workers in the disaster response team for each of the urban local bodies including Agartala Municipal Corporation. The panchayat-level emergency service teams have also been put on high alert to act in case of any disaster.The doctors in all the hospitals including Agartala Medical College and Tripura Medical College were put on stand-by duty round the clock along with the paramedical and nursing staff. An adequate number of ambulances in each of the locations with trained personnel have been deputed for quick response.

While the Tripura government canceled all the leaves of employees for this week, the Airport Authority of India cancelled all ATR flights to and from Agartala on Monday Flight operations stopped in the evening, and Northeast Frontier Railway canceled the special Diwali train for two days.

Airport officials said at least four ATR flights have been operating in the Agartala sector daily, which have been suspended for the day considering the weather condition. However, the movement of Boeing and big aircraft would be usual until a serious emergency arises.

Chief Minister Dr. Manik Saha reviewed the disaster management action plan being put in place to counter any eventualities. The state government has declared a holiday for all academic institutions till Oct 27.

The community Diwali festival and fair organizers including Mata Tripureswari temple in Udaipur have been asked to restrict the crowd and not allow mass gatherings at the pandals. Tripura State Electricity Corporation Ltd has made three alternative arrangements to ensure a steady power supply in case of any disaster.