"I will constitute a bench. One of the judges isn't well. If judges would have been alright, the matter would have come for hearing." 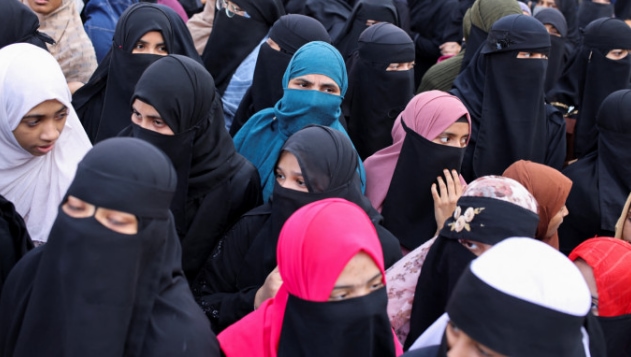 New Delhi: The Supreme Court on Tuesday said it will constitute a bench soon for hearing appeals filed before it in connection with the Hijab row.

A bench headed by Chief Justice NV Ramana said: “We will constitute a bench to hear the appeals in the Hijab row.

“I will constitute a bench. One of the judges isn’t well. If judges would have been alright, the matter would have come for hearing.”

Arora mentioned that the high court judgment was passed in March, as such a date for the hearing of the challenge to the apex court was long awaited.
The Karnataka High Court comprising Chief Justice Ritu Raj Awasthi, Justice Krishna Dixit, and Justice J M Khazi, in their judgment on March 15 held that the wearing of hijab by women was not an essential religious practice of Islam.

It dismissed the petitions filed by a group of Muslim girl students against PU government college for denying them entry while wearing a Hijab.

Dismissing the plea the bench stated that the practice of hijab is not an essential practice under Islam and thus does not fall within the ambit of Article 25 of the Constitution of India.

The High court had also held that the prescription of school uniforms is only a reasonable restriction that is constitutionally permissible which the students cannot object to and stated that the government had the power to issue such notification and that no case was made out against the government notification.