He also urged the residents to evacuate, saying "the most important thing is to save your lives." 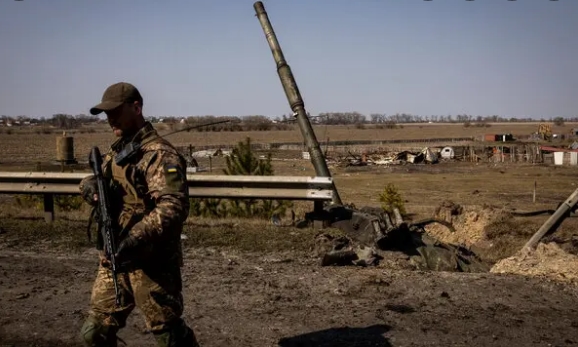 Kyiv: At least two people were killed and seven injured when Russian troops shelled Sloviansk in Ukraine’s Donetsk region, according to a regional military chief.

CNN quoted Pavlo Kyrylenko as saying: “The Russians are once again deliberately attacking places where civilians are gathered. This is pure terrorism.”

He also urged the residents to evacuate, saying “the most important thing is to save your lives.”

After Russian and separatist forces secured Lysychansk — effectively taking over nearly all the Luhansk region, barring a few pockets of resistance — they are now setting their sights on the Donetsk cities still under Ukrainian control, namely Sloviansk and Kramatorsk, CNN reported.

Meanwhile, US Secretary of State Antony Blinken will be meeting his Chinese counterpart during the G20 foreign ministers meeting in Bali this week to hold a “candid exchange” on Beijing’s response to the war.

Assistant Secretary of State for East Asian and Pacific Affairs Dan Kritenbrink said that the top priority for the meeting is to “underscore our commitment to intense diplomacy and maintaining open lines of communication with the People’s Republic of China.”

“I would expect that in the course of that meeting, we’ll be able to discuss having guardrails, so to speak, on the relationship so that our competition does not spill over into miscalculation or confrontation,” he added.