Presidential Polls: Droupadi Murmu all set for a comfortable win 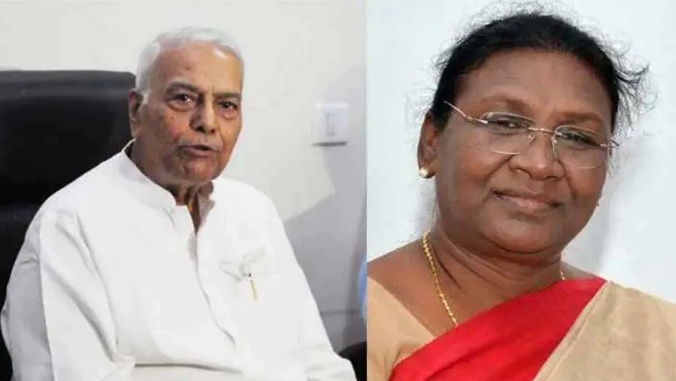 New Delhi: NDA candidate Droupadi Murmu looks all set for a comfortable victory against her rival and Opposition candidate Yashwant Sinha in the Presidential polls on Monday.

More than 4800 MPs and MLAs will choose the next President of India for which preparations have been completed.

The new President of India will officially take an oath to replace President Ram Nath Kovind on July 25.

NDA candidate Droupadi Murmu is likely to get around 60 percent of the votes in the Presidential polls as several non-NDA partners have also extended support to her primarily for two reasons- first due to her tribal identity and second the winnability factor associated with her.

Regional parties like the AIADMK, TDP, BJD, YSRCP, BSP, JD(S), SAD, Shiv Sena, and JMM have also announced support for Droupadi Murmu giving her a clear edge over her rival Yashwant Sinha. She has over 6.67 lakh votes after the support of various regional parties out of a total of 10,86,431 votes in the polls.

Once elected, Murmu will be the first ever Tribal person to occupy the highest post. Besides, she would be the first President of India born post-independence and the youngest ever at the age of 64 years.

Her rival and Opposition candidate Yashwant Sinha has uploaded videos making a moral pitch saying it’s a matter of ideologies.

“This year the Presidential election is not a contest between two individuals but two ideologies. Only one side wants to protect the provisions and values enshrined in our Constitution. I appeal to all MPs and MLAs to vote according to the Constitution and their conscience this time,” he said making an appeal to MPs and MLAs.

The election of the President is held in accordance with the system of proportional representation by means of a single transferable vote.
Nominated MPs or MLAs and members of legislative councils are not entitled to vote in Presidential polls.

The system of a secret ballot is followed and parties are not allowed to issue whips to their elected representatives asking them to support a particular candidate.