Intimation regarding the detention of MPs/MLAs was being sent to the respective competent authority. 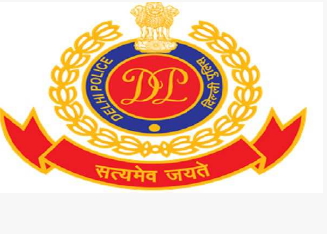 New Delhi: Delhi Police on Wednesday refuted the allegations made by the Congress party that police entered inside grand old party’s headquarters at 24, Akbar Road and forcibly pulled out leaders from there.

A senior police official said that the allegations are untrue, these are false news as no such incident took place.

The police said that former Indian National Congress president Rahul Gandhi was to appear before the Enforcement Directorate (ED) for a third consecutive day on June 15. For the past two days of his appearance before the ED, various Congress leaders/workers, again and again, tried to create public disturbances in the area in utter disregard to Supreme Court guidelines and the police’s written communication to Congress that such procession/protest is allowed only at designated areas like Jantar Mantar.

Around 240 functionaries/workers of the Congress were detained under section 65 DP Act for violation of lawful directions of police, including four members of Lok Sabha and one Member of Rajya Sabha. A total of 33 women protesters were detained and were later released, said Sagar Preet Hooda, Special Commissioner of Police, L&O Division, Zone-II, Delhi.

Intimation regarding the detention of MPs/MLAs was being sent to the respective competent authority.

Some police personnel also sustained injuries during the mob control exercise. Few miscreants also burnt some tyres near Q point which created panic among the public and caused traffic jams on the busy road. Suitable legal action was being taken for such illegal acts of the party leaders/supporters by forming an unlawful assembly, said Hooda.

Orders under section 144 CrPC are also in force thereby prohibiting such gathering in the New Delhi area and banners to the effect were placed at various conspicuous places, Hooda added.

It had come to notice from various sources that AICC was again planning to organize a procession on Wednesday from its headquarters at 24, Akbar Road to the ED office by mobilizing a large number of congress leaders/ supporters from Delhi and neighbouring states, said Hooda.

Today, some leaders/workers of Congress tried to take out a procession from the party officials who were directed to stop by police personnel from assembling and taking out the procession to the ED office, for the safety and security of ED and its officials, nearby offices, residences and the general public, Hooda added.

Some of the party leaders/workers pushed/manhandled the police personnel on duty and damaged police barricades which led to disorder, claimed police.