However Abra, which felt the full force of the quake, overall damage had been "very minimal", said police chief Colonel Maly Cula to AFP. 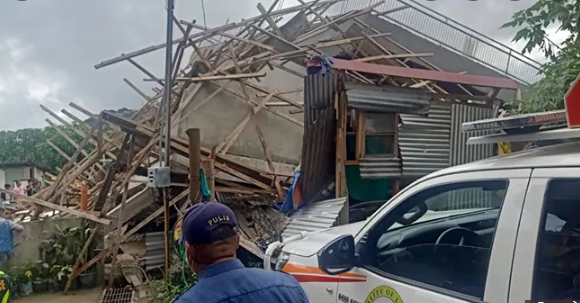 Manila: Northern Philippines was jolted by hundreds of aftershocks forcing anxious residents to sleep outside their homes, Khaleej Times reported on Thursday.

President Ferdinand Marcos Jr has flown to the region to inspect the damage.

The 7.1 magnitude earthquake that struck the lightly populated province of Abra on Wednesday morning has so far, killed five people and more than 150 have been injured when a 7.1-magnitude earthquake. The powerful quake rippled across the mountainous region, toppling buildings, triggering landslides, and shaking high-rise towers hundreds of kilometers away in the capital city, Manila.

Hundreds of buildings were damaged or destroyed, roads were blocked by landslides, and power was knocked out in affected provinces. However Abra, which felt the full force of the quake, overall damage had been “very minimal”, said police chief Colonel Maly Cula to AFP.

More than 800 aftershocks have been recorded since the quake hit, including 24 that were strong enough to feel, the local seismological agency said.

In Vigan City, a UNESCO World Heritage site and tourist destination in Ilocos Sur province, centuries-old structures built during the Spanish colonial period were damaged. Governor Jeremias Singson told Teleradyo that 460 buildings in the province had been affected, including the historic Bantay Bell Tower, which partially crumbled.