The SDPI leaders also threatened to call for a "hartal" (strike) on Friday demanding the release of the PFI leaders. 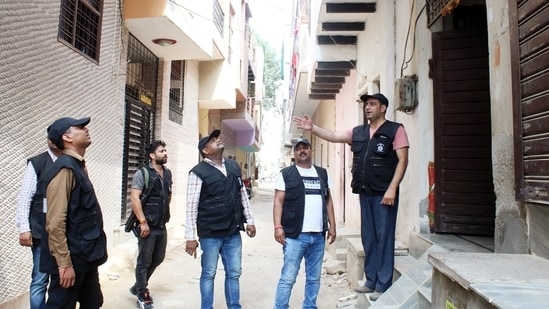 Malappuram (Kerala): The Bharatiya Janata Party office at Manjeri came under attack by alleged workers of the Popular Front of India (PFI) and the Social Democratic Party of India (SDPI) on Thursday.

The PFI and the SDPI workers attacked the BJP office and damaged window panes and furniture in protest against the raids by NIA in their offices and the taking of custody of the PFI state leaders.

Agitators blocked several busy roads including NH at Caltex junction in Kannur, Meenchanda bypass at Kozhikode, Olavakkode in Palakkad, Manjeri, and Malappuram town in the district demanding the release of the PFI leaders.

The SDPI and PFI workers had organized a gherao in front of Kannur town police station and police forcibly removed the agitators around the afternoon.

The SDPI leaders also threatened to call for a “hartal” (strike) on Friday demanding the release of the PFI leaders.

While State leader P Koya was taken into custody from Karanthur.
The National Investigation Agency sleuths of the anti-terror probe unit also recovered a hard disk from the PFI state committee office at Meenchanda in Kozhikode during the raid.

Raids are being conducted at the PFI offices at Thana in Kannur and at the houses of PFI state office bearer Rauf at Pattambi in Palakkad.