Elsewhere, Afghanistan’s blistering start to the tournament has not gone unnoticed, with a number of players rewarded in the updated rankings. 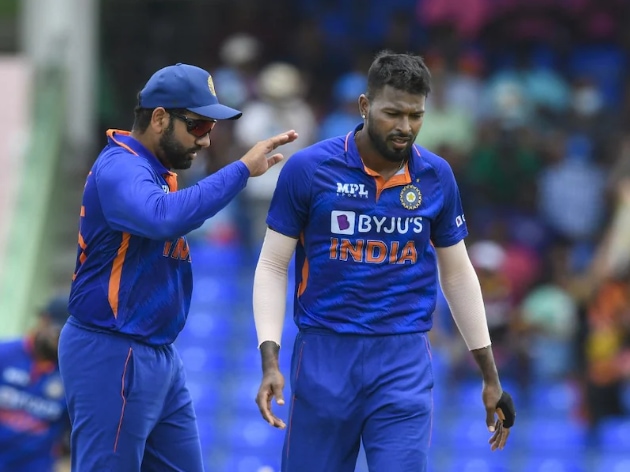 Dubai: Stars at the Asia Cup have made climbs in the latest ICC T20 Rankings, with India’s Hardik Pandya headlining the multiple moves.

Pandya’s exceptional individual performance against Pakistan helped him jump eight places on the T20I all-rounder rankings, up to the fifth position, his highest-ever spot.

The hard-hitting fast-bowler claimed 3/25 and made 33 not out from just 17 balls, showing how vital his impact will be in India’s T20 World Cup campaign later in the year in Australia.

Elsewhere, Afghanistan’s blistering start to the tournament has not gone unnoticed, with a number of players rewarded in the updated rankings.

Rashid Khan’s push for the No.1 bowler position has been helped with a two-spot jump to third (708 points), over fellow leg-spinners Adil Rashid and Adam Zampa(Australia).

South African left-arm wrist-spinner Tabraiz Shamsi (716) is next in Rashid’s sights, though Australian Josh Hazlewood (792) boasted a strong margin at the top of the list.

Rashid’s compatriot Mujeeb Ur Rahman meanwhile has entered the top ten with a seven-spot move up the rankings (660), currently edged out for eighth by Bhuvneshwar Kumar (661), whose 4/26 against Pakistan helped the men in blue for victory.

There were no new entrants in the T20I batting top ten, though there was a push from Pakistan’s Mohammad Rizwan, moving up to second (796) to join Babar Azam (810) in the top two.