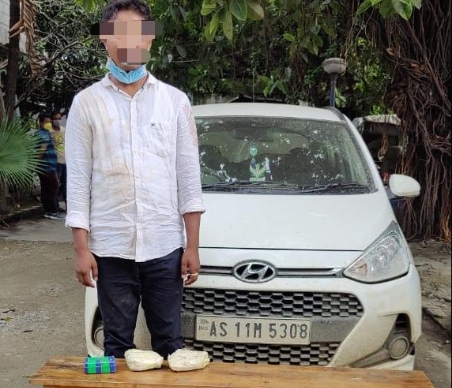 The accused has been identified as Md. Abdul Rajaque (26 yrs), son of Najimuddin, resident of Santhel Mamang Leikai, Thoubal District, Manipur. The police team also seized one soap cap of heroin powder no. 4 weighing about 12 gram,  one Hyundai Car i10 Grand B/Regd. No. AS-11M-5308, one mobile phone handset and three bank account passbooks from his possession.

A case has been registered with NAB Police Station in this regard for investigation said a press note from the PRO, Manipur Police department.