It requires mention that Arunachal Pradesh has three Members of Parliament – two in the Lower House and one in the Upper House. 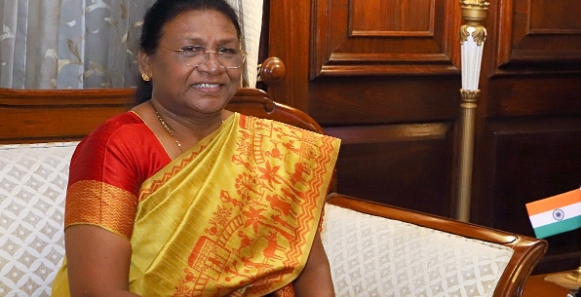 Itanagar: The BJP-led National Democratic Alliance (NDA)’s presidential candidate Droupadi Murmu on Wednesday visited the frontier state of Arunachal Pradesh to garner support for the presidential polls scheduled to be held on July 18.

Party sources said the former Jharkhand governor had a closed-door meeting at the State Golden Jubilee Banquet Hall in Itanagar with the MPs, MLAs, and Ministers of the ruling BJP and the NDA allies – National’s People’s Party and Janata Dal (United) – seeking their support for the forthcoming election.

When asked for her comment about Arunachal Pradesh by the waiting journalists outside the meeting hall, the NDA’s presidential nominee hailed the tribal-dominated state, saying, “It was very nice to come to Arunachal Pradesh. Arunachal is a very beautiful state.”

Senior BJP leader and Dy Chief Minister Chowna Mein, who also spoke in the closed-door meeting, later in a social media post wrote: “I extend my heartiest thanks to HPM Shri @narendramodi Ji, President @BJP4India Shri @JPNadda Ji & all the NDA alliance partners for supporting the candidature of Hon’ble Smt Droupadi Murmu Ji for the Presidential Election. We assured 100% support and vote from Arunachal Pradesh.”

Sources said that the value of the vote of a Member of Parliament is 700, while that of a Member of the Arunachal Pradesh Legislative Assembly is 8. It requires mention that Arunachal Pradesh has three Members of Parliament – two in the Lower House and one in the Upper House. In the 60-Member Assembly in the State, the BJP has 48 members, while the NDA partners – NPP and JD(U) have four and one respectively. Congress has four legislators and three are Independents.