The NCP leader blamed the government for ignoring Maha Vikas Aghadi's demand to declare a wet drought in the state. 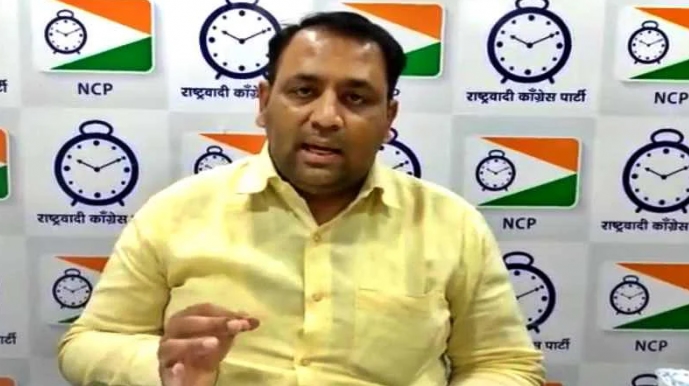 Mumbai: Maharashtra NCP chief spokesperson Mahesh Tapase on Thursday strongly criticized the ruling Eknath Shinde-Devendra Fadnavis government in the state for making empty announcements and called it a government of declaration only’.

Addressing a press conference here, he said that the day the Shinde government announced to make Maharashtra ‘free of farmers’ suicides’, a farmer allegedly set himself on fire in the Vidhan Bhavan premises.
Although aid was announced to the farmers, no help has reached them so far, he said.

The NCP leader blamed the government for ignoring Maha Vikas Aghadi’s demand to declare a wet drought in the state.

He said that due to stalled expansion of the state cabinet and the non-appointment of guardian ministers for the districts, important issues in the state were being sidelined, and consequently, citizens had to suffer.

Targeting the (Narendra) Modi government at the Centre, he said that it was not talking about inflation and unemployment even though they have reached such a high level and accused it of having failed to solve the pressing issues concerning the common man.

With an eye on the upcoming Brihanmumbai Municipal Corporation elections, BJP was deliberately trying to create a communal rift over Yakub Memon’s grave issue, Tapase added.