No BJP leader from Bihar had the "courage" to accept that Shah was telling ties to people in the rally, he added. 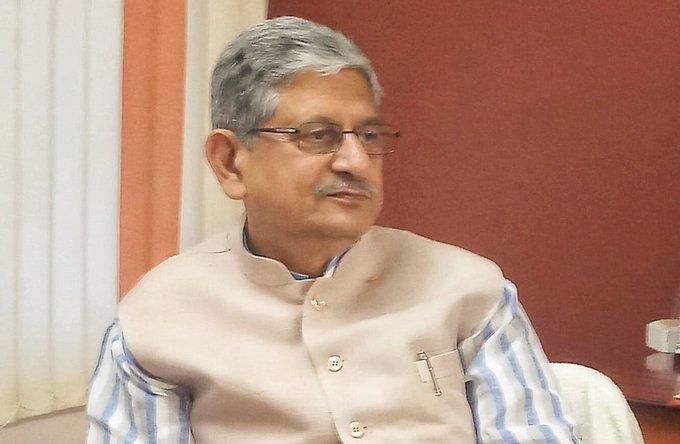 Patna: JD(U) president Rajiv Ranjan Singh alias Lalan Singh on Tuesday alleged that the center’s Narendra Modi government was fanning communal hatred in the country to divert people’s attention from real issues and its failures in fulfilling promises made to them.

Singh told media persons that Prime Minister Modi during the 2014 Lok Sabha elections had promised that black money stashed in foreign banks would be brought back and it would be enough to deposit Rs 15 lakh each in the bank accounts of every family in the country. When BJP was voted to power after the 2014 Lok Sabha elections, Union Home Minister Amit Shah said during a TV interview that promise of depositing Rs 15 lakhs in the accounts of every family in the country, was just an election slogan, he added.

The JD(U) leader said Shah had addressed a public meeting on September 23 in Purnea and asked the people to clap saying an airport had been constructed there. It was a “blatant lie” as no airport was built in Purnea so far. Shah only tried to “mislead” the people, Singh alleged.

Singh said he had asked BJP leaders to explain whether Shah was making a “totally false claim”. No BJP leader from Bihar had the “courage” to accept that Shah was telling ties to people in the rally, he added.

The JD(U) leader said former Union Minister and senior BJP leader Ravi Shankar Prasad had asked him that he was not doing proper homework before making a statement against Shah on the airport issue in Purnia. Prasad had been removed by Modi from his cabinet and he was now an unemployed person, he further said adding that Prasad was making “baseless” statements to raise his rating in the eyes of BJP’s central leadership.

Prasad would not be rehabilitated again despite his best efforts, he remarked.