“It’s similar to the CAG report, which is first placed in the House and then it’s made public. We are guided by this act,” Tynsong explained. 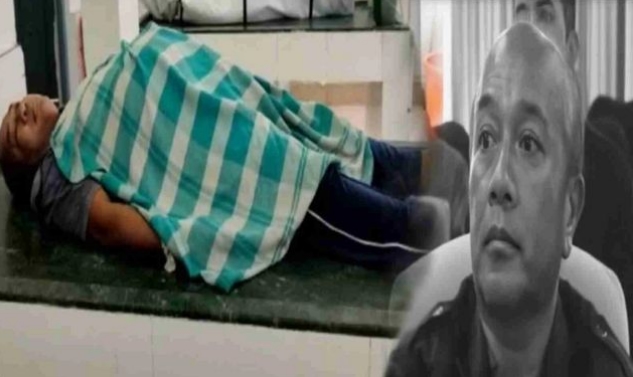 Shillong: Meghalaya Deputy Chief Minister Prestone Tynsong on Friday informed that the judicial inquiry commission report on the killing of former Hynniewtrep National Liberation Council (HNLC) militant leader, Cheristerfield Thangkhiew would be tabled in the autumn session of the Assembly.

This information was provided after members of Ka Sur Ka Bri U Hynniewttep demanded from the government on Friday to make the report public. The members also staged a token protest outside the main secretariat before Tynsong invited them for talks

Thangkhiew was a resident of Mawlai’s Kynton Massar and was gunned down by the police inside his residence on August 13, 2021.

“I have asked them to be patient. Such a commission report takes time and it would be tabled in the assembly during the autumn session in September and then it would be made public,” Tynsong said.

He said the commission was formed under the Commissions of Inquiry Act, 1952 and as per rules it has to be first placed on the table of the House, and then only it can be made public.

“It’s similar to the CAG report, which is first placed in the House and then it’s made public. We are guided by this act,” Tynsong explained.

The police have claimed that they had to resort to firing at the former militant in self defense after Thangkhiew drew out a knife at the police when they went to his residence to raid the premises.

Thangkhiew, according to the police, was involved in several IED blasts that were triggered in the Khasi-Jaintia Hills district of the state and so his residence was raided.

However, Thangkhiew’s family members have rubbished the police statement and instead claimed that the police killed Thangkhiew in a fake encounter.

The residents of the area sought from the government the dismissal of all the police officials involved in the killing of Thangkhiew.

The commission recorded statements of police officers, including East Jaintia Hills Superintendent of Police, Jagpal Singh Dhanoa who led the police team on August 13 at Thangkhiew’s residence. Family members of Thangkhiew and doctors were also examined.

The term of the commission was primarily to investigate the circumstances leading to the police action which killed Thangkhiew. The probe took almost nine months to complete although it was initially given three months time.