Southwest Monsoon has been active over Telangana during the last 24 hours. 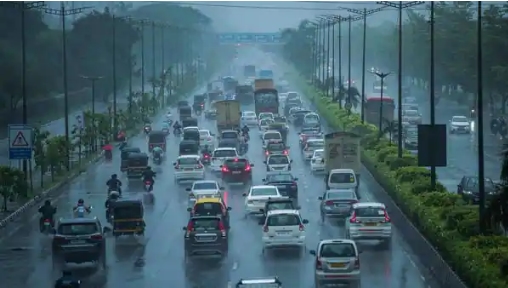 Issuing a bulletin, it said that heavy rain is likely to occur at isolated places in Adilabad, Komaram Bheem Asifabad, Nirmal, Nizamabad and Kamareddy districts of Telangana during the next 24 hours, the Meteorological Centre here said on Monday.

The same situation is likely to prevail in Adilabad, Koramam Bheem, Asifabad, Mancherial, Nirmal, Mulugu, Jayashankar Bhupalpally and Bhadradri Kothagudem districts of the state on July 22.

Heavy rain occurred at a few places in Kamareddy and at isolated places in Jagtial, Nirmal, Nizamabad and Siddipet Districts of the state during the same period.

Rain occurred at most places over Telangana during the last 24 hours, the bulletin added.