India, China troops to complete disengagement in PP-15 by Monday

The areas that still remain to be resolved in Eastern Ladakh are Demchok and Depsang where the Chinese have so far remained adamant. 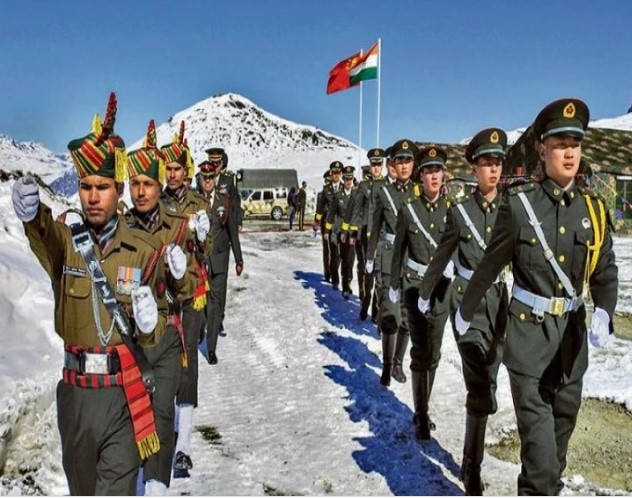 New Delhi: The disengagement process between Indian and Chinese troops in the Gogra-Hot Springs (PP-15) area started on September 8 at 8.30 am and will be completed by September 12.

The landforms will be restored to the pre-stand-off period by both sides, the Ministry of External Affairs said on Friday.

“The two sides have agreed to cease forward deployments in this area in a phased, coordinated, and verified manner, resulting in the return of the troops of both sides to their respective areas,” said MEA official spokesperson Arindam Bagchi in response to media queries.

“It has been agreed that all temporary structures and other allied infrastructure created in the area by both sides will be dismantled and mutually verified. The landforms in the area will be restored to the pre-stand-off period by both sides,” he added.

The spokesperson further said that the agreement reached between the two countries ensures that the LAC in this area will be strictly observed and respected by both sides, and that “there will be no unilateral change in status quo.”

“With the resolution of the stand-off at PP-15, both sides mutually agreed to take the talks forward and resolve the remaining issues along LAC and restore peace and tranquility in India-China border areas,” Bagchi added.

The 16th round of talks between the Corps Commanders of India and China was held at Chushul Moldo Meeting Point on July 17 this year.

Since then, the two sides had maintained regular contact to build on the progress achieved during the talks to resolve the relevant issues along the LAC in the Western Sector of the India-China border areas.

As a result, both sides have now agreed on disengagement in the Gogra-Hot Springs (PP-15) area and made the announcement to this effect on Thursday.

After the July 17 talks, India and China issued a Joint Statement that said that the two sides “reaffirmed that the resolution of remaining issues would help in the restoration of peace and tranquility along the LAC in the Western Sector and enable progress in bilateral relations.”

The two sides had a frank and in-depth exchange of views in this regard, in keeping with the guidance provided by the State Leaders to work for the resolution of the remaining issues at the earliest, the Joint Statement added.

The areas that still remain to be resolved in Eastern Ladakh are Demchok and Depsang where the Chinese have so far remained adamant.

The lingering border standoff in Eastern Ladakh has entered its third year.
Altering the May 2020 status, the PLA has also carried out the construction of infrastructure near the LAC to ensure the long survival of troops in the high-altitude area.