The consignment of rice has reached Toamasina port and will soon be handed over to the Government of Madagascar. 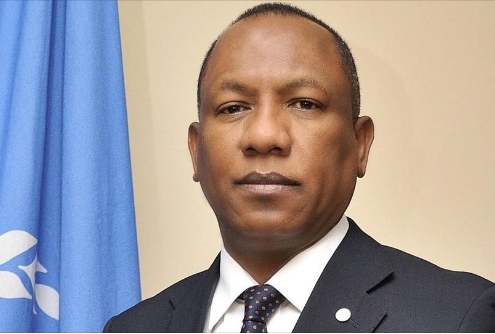 Antananarivo: Speaking on the close ties that New Delhi shares with the island nation, Madagaskar Prime Minister Christian Ntsay says “India is a true friend” as he greeted the country on her special day.

Ambassador Abhay Kumar handed over 15,000 bicycles to Ntsay on Monday in an event organized at Prime Minister’s Palace here in the capital.

Speaking on the occasion, Ntsay said: “It is very good news for us to start the week by celebrating 75 years of India’s independence.

“On behalf of President Andry Rajoelina and all Malagasy people I would like to express our thanks to you. The bicycles are a key investment from India to stimulate rural development in Madagascar.

“For Malagasy govt, this is a symbol of high quality of the relationship between India and Madagascar. India is a true friend of Madagascar. I would ask you to convey to the Government of India our gratitude and thanks.”

“As we are celebrating 75 years of India’s independence, I’m happy to hand over these bicycles to Madagascar, our friend, and neighbor in the Indian Ocean.”

The Ambassador announced that India is also going to donate 5,000 metric tonnes of rice to Madagascar to help the country in its fight against the humanitarian crisis faced in the South of Madagascar. The consignment of rice has reached Toamasina port and will soon be handed over to the Government of Madagascar.

After the handing-over ceremony, Ntsay and Kumar took a test ride on bicycles as a symbol of growing cooperation and solidarity between the two Indian Ocean neighbors.