"It is a baseless allegation. If anyone has evidence, let them give it to us. We will take action," he added. 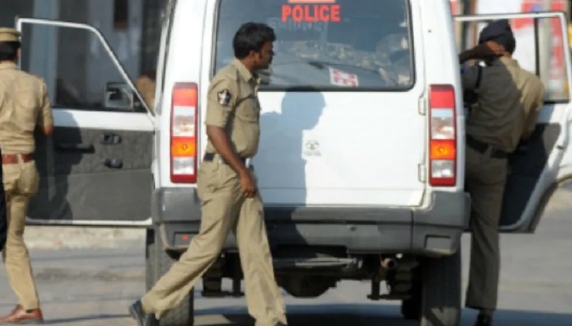 Hyderabad: Two more juveniles were apprehended in the gang-rape of a teenager girl in Hyderabad and with this, all the six identified in the crime, were arrested, said Hyderabad City police Commissioner CV Anand here on Tuesday late evening.

Of six suspects in the case, five of them are minors and one major, Saduddin Malik, and the remaining names were not revealed due to minors, Anand said in a press conference here.

They also shot the crime on their mobile phones and circulated it first among themselves after it was shared among friends on WhatsApp, he said.
All the six were being booked under sections of the IT act as well, rape charges under the Indian Penal Code and Protection of Children from Sexual Offences (POCSO), the Commissioner added.

The suspects had misbehaved and molested the victim in the pub itself and though the crime happened on May 28, the victim revealed the crime to the police on May 31 and a case under Sections 9 and 10 of POCSO was registered and an FIR too was launched, said Anand.

To a question, he said that allegations that the Home Minister’s grandson was involved, are baseless and police had not got any evidence of even his presence.

“It is a baseless allegation. If anyone has evidence, let them give it to us. We will take action,” he added.

The 17-year-old girl was allegedly gang-raped by five persons in a car in Hyderabad’s post-Jubilee Hills areas on May 28 after promising to drop her home from a pub, where she attended a party.

Meanwhile, the Abids police in the city have filed a case against BJP MLA M Raghunandan Rao for sharing some photos and videos of the survivor of the gang-rape case in Hyderabad.

Based on a complaint from a lawyer, a case under Section 228- A (disclosure of identity) of the Indian Penal Code (IPC) has been filed against Rao, who is also an advocate, police said here on Tuesday.