According to a report, Akash was a habitual drug addict. He had gone missing about two weeks back. 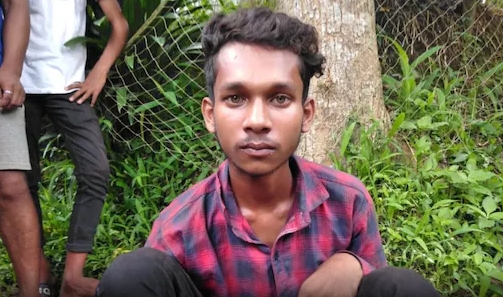 Agartala: A youth presumed “dead,” generated much anguish and bewilderment when he returned home while the family was performing his Shradh (Hindu ritual for paying homage to the dead) in the outskirts of this capital city of Tripura.

The police on Thursday blamed the family, saying they had wrongly identified the body of an unknown person as that of 22-year-old Akash Sarkar, who had been missing for the past few days.

The Assistant Inspector General in charge (Law and Order) Jyotishman DasChoudhury said police had recovered the body of an unknown youth on June 3 from a pond in the city’s Melarmath area. The image of the corpse was circulated across all police stations and social media handles.

The next day, one Kanak Sarkar of South Rangutia village approached the police wanting to see the body, as his son was missing. In the Morgue, based on facial features, apparel, and other belongings, Sarkar identified the body as that of his son Akash. The body was then handed over to the family after completing the due formalities, DasChoudhury stated.

“There is standard practice across the country for dealing with unknown bodies. Since a father had identified the body of his son and claimed it following all formalities; police had no option of denying him its possession. We are not at fault for wrong identification,” he pointed out, adding that as of now no other person has contacted police to see the body.

He denied allegations in social media that police had pressurized Kanak Sarkar to accept the body and said, “We have conducted a due inquiry into the allegations, but found no substance in them. Sarkar also has not yet made any such statement. This is a malicious attempt to slur the police.”

According to a report, Akash was a habitual drug addict. He had gone missing about two weeks back. He took shelter in the Battala area of the city and engaged in begging. The family had lodged a missing diary with the police, and after seeing the public advertisement about the recovery of an unclaimed body, his father had turned up to identify it.

Akash’s family had been performing the rituals on Tuesday; when one of his relatives found him in the Battala area and took him back home.

Seeing him alive, the relatives and neighbors started accusing the father of “falsely identifying” based on which the last rituals were being performed by the family. Later, the relatives and locals shifted the responsibility to the police.

However, Akash’s father admitted that the body in the morgue was totally decomposed and he thought it could be his son based on the similarity of apparel.

Akash confessed that he had to resort to begging to manage his meals and drug requirements, but when his aunt told him about his last rites (Shraddh), he was also surprised and rushed home.