Sources said the CBI hired a locksmith from the town to open the locked gate and other rooms. 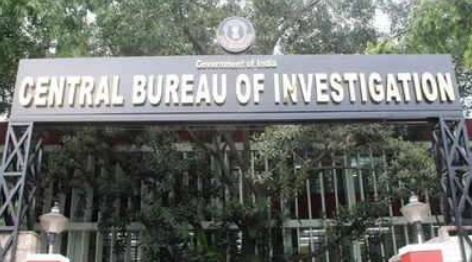 They said the simultaneous raids were being conducted by the Central Bureau of Investigation (CBI) since Wednesday morning in this city and Asansol where properties, both movable and immovable, were purportedly owned by Ghatak. Some of the properties were said to be ancestral.

Sources hinted the minister was being interrogated by a special CBI team at the MLA hostel near Government Place, close to Raj Bhavan here.

They said around 8-15 AM the CBI reached the hostel, where the senior minister in Mamata Banerjee’s government was being questioned in relation to the coal scam case. Besides, another residence of Ghatak at Lake Gardens in south Kolkata was also under the CBI radar and a team reached there for the search operation.

Sources said several other places in the city, like Alipur, we’re being searched. It was not immediately known whose residence is at Alipur.
An Asansol report said the CBI began search operations in three houses of the minister including an ancestral property, where the main gate was found locked.

Sources said the CBI hired a locksmith from the town to open the locked gate and other rooms.

Several dozen of central security forces have been on guard while the CBI officials, including female personnel, began searching Ghatak’s properties.

Another federal agency Enforcement Directorate (ED), which is probing the money trails of these scams, also arrested former education and commerce minister Partha Chatterjee and his close aide, Arpita Mukherjee, in the school recruitment scam case.

All these cases are being probed by the orders of the Calcutta High court.
TMC’s national general secretary Abhishek Banerjee was also under the CBI and ED scanner in the coal smuggling case.

The CBI registered the coal trafficking case in November 2020. It was suspected that illegally mined coal, worth thousands of crores of rupees, was sold by a group of racketeers operating in the western parts of West Bengal, where the Eastern Coalfields Limited runs several mines.

The ED filed its first charge sheet in the coal smuggling case at a special court in Delhi in August last year.