During the investigation, the mastermind and solvers were caught from different examination centres and other places in Delhi and Haryana while appearing/impersonating other candidates. 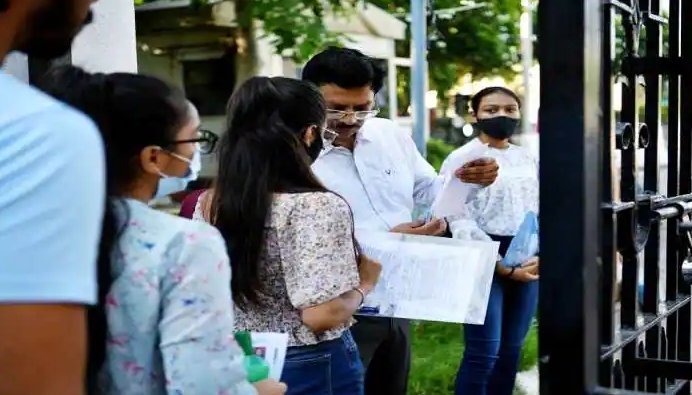 New Delhi: The Central Bureau of Investigation (CBI) arrested eight people including the mastermind and solvers in a case related to alleged mass rigging in the NEET UG-2022 examination conducted on July 17 by the National Testing Agency (NTA) under Ministry of Education, the probe agency said on Monday.

A case was registered against 11 accused on the allegations related to mass rigging in the NEET UG – 2022 conducted on July 17, this year by NTA under the Ministry of Education for the admission in MBBS/ BDS/ BAMS/ BSMS/ BUMS/ BHMS and other undergraduate medical courses in approved/recognized Medical/ Dental/ AYUSH and other colleges/deemed universities/Institutes (AIIMS and JIPMER) in India, CBI statement stated.

It was further alleged that an accused (mastermind) resident of Delhi, Gautam Nagar was arrested for conspiring with others including some candidates and was involved in arranging solvers to impersonate those candidates in the said examination at several examination Centres of Delhi and Haryana.

It was also alleged that the user IDs and passwords of certain candidates appearing for the examination had been collected by the said persons and their associates and necessary modifications were made for getting desired examination centres as planned by them.

They also allegedly used the process of mixing/morphing photographs to facilitate the use of proxy candidates for appearing in the examination. Copies of Identity Cards of such candidates were being collected for the purpose of making forged ID cards, it stated.

All the accused will be produced before the Court in Delhi. The investigation is underway.