'' It is a pleasure to be part of the inauguration of SPARK. NXT. the campus of Bosch India, '' he stated. 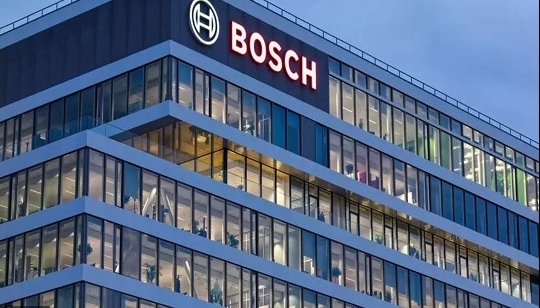 Bengaluru: Prime Minister Narendra Modi on Thursday said Bosch campus in Bengaluru will take lead in developing futuristic products and solutions for India and for the world.

Unveiling the Bosch Smart Campus virtually, the Prime Minister urged Bosch to think of doing more in India and set goals for the next 25 years.
” It is a special year for both India and Bosch India as the nation celebrates 75 years of independence and Bosch celebrates a century of its presence in India, ” Modi said.

Noting that hundred years ago Bosch came to India as a German company and now it is as much Indian as German, he added.

” This is a great example of German engineering and Indian energy, ” said the Prime Minister in his inaugural address.

Karnataka Chief Minister Basavaraj Somappa Bommai as a Chief Guest lauded the work done by Bosch India, especially in Karnataka, for its presence for nearly 70 years.

” It is a pleasure to be part of the inauguration of SPARK. NXT. the campus of Bosch India, ” he stated.

Bommai said the company has had its presence for several decades and now it is heartening to host India’s largest smart campus.
” Karnataka, primarily Bengaluru, has been a technology hub and houses the largest number of R & D centers across India, and this campus is another feather to its cap, ” the Chief Minister mentioned.

” This campus showcases R & D capabilities in both automotive and non-automotive products and services, and I hope this will elevate the city’s leadership in the field of technology to a greater level, ” Bommai said.
Company Board Member Filiz Albrecht said, ” India is very important to us and we are looking ahead to go far and further for collaboration, ” and announced an investment of Rs 2000 crore in India in the next five years.

Bosch India head Saumitra Bhattacharya said the company has been part of the transformation in India for the last century since 1922 when a sales office was first established in Kolkata.

” During this era, we have revolutionized the mobility and the beyond mobility eco-system. With our new campus the company continues to invest in smart and sustainable solutions that are invented for life and supports the government’s vision for an Atmanirbhar Bharat, ” Bhattacharya added.

Bosch India’s Adugodi campus is considered to be the largest outside Europe on a 75-acre land where some Rs 800 crore was being invested by the company to make the smartest campus in the globe.

With a journey of 100 years in India, Bosch India stood tall and
turned out to be the leading supplier of technology and services in the areas of Mobility Solutions, Industrial Technology, Consumer Goods and
Energy and Building Technology.

Additionally, Bosch India is the largest development center outside Germany
for end-to-end engineering and technology solutions.
In India, Bosch set up its first sales agency in 1922 in Calcutta (Now
Kolkata) and started its manufacturing operation in Bangalore in 1952 (now Bengaluru ) and since then the German company has grown over the years to include 18 manufacturing sites and seven development and application centers across India.

The state-of-the-art campus, is expected to house some 10,000 engineers and technocrats could be the second-highest in the number of its
employees around the globe to showcase its R&D capabilities in both
automotive and non-automotive products and services.

The new center in phases will be transformed into a fully artificial
the intelligence of things enabling a smart campus to mark its
a century-old legacy in India.