He said the NDA regime was busy implementing its political agenda rather than resolving people's issues like unemployment, farmers' problems, and rising prices. 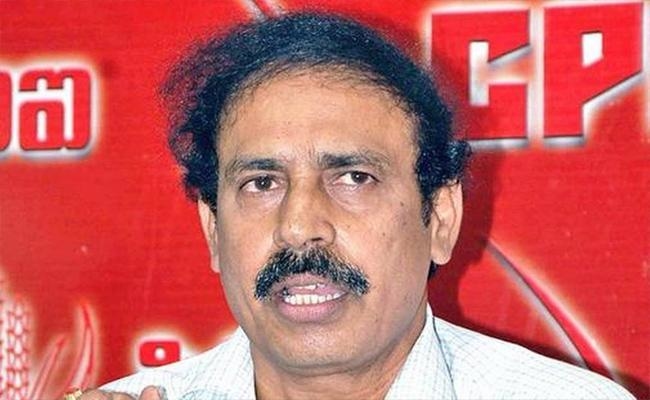 Addressing the valedictory of the three-day workshop organized by AISF ( All India Students federation) the students wing of CPI, Ramakrishna charged that the Modi government was implementing the RSS agenda of imposing communal Hindutva philosophy in the country.

He said the NDA regime was busy implementing its political agenda rather than resolving people’s issues like unemployment, farmers’ problems, and rising prices.

While all the earlier Prime Ministers evolved a unique public institution, PM Modi was busy disintegrating the public sector companies into private hands thereby systematically disbanding the reservations of jobs in the country, he alleged.

He alleged that in Andhra Pradesh the Jagan Mohan Reddy government has become responsible for falling educational standards in universities as a huge number of vacancies of lecturers and professors were vacant and not filled up.

He called upon students to stage a relentless struggle against ‘anti-student and youth policies of center and state governments.