BJP “concerned” about unemployment in Meghalaya 

State BJP president, Ernest Mawrie rued the fact that even after 50 years of statehood, the various governments have not been able to generate sufficient employment opportunities for the youth of the state within Meghalaya. 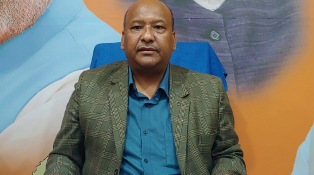 Shillong: The Bharatiya Janata Party (BJP), which is a constituent of the ruling Meghalaya Democratic Alliance, has raised concerns about unemployment in Meghalaya.

State BJP president, Ernest Mawrie rued the fact that even after 50 years of statehood, the various governments have not been able to generate sufficient employment opportunities for the youth of the state within Meghalaya.

“The government view has always been myopic and government policies have failed to look at the holistic picture of the state. Elected leaders have continuously failed as policymakers,” Mawrie claimed.

Mawrie, however, thanked Prime Minister Narendra Modi for launching the ‘Rozgar Mela’ under which 10 lakh Central Government jobs will be provided to the youth.

He expressed confidence that the youth of Meghalaya will also benefit much from the scheme.

“Pragmatic policies could have generated new jobs in Meghalaya as well. But instead the state failed to fill even the existing vacancies.

A recent news report claiming that an RTI has revealed that more than 8000 positions are lying vacant in various departments of the state government, has raised red flags within the party,” Mawrie said and insisted that Meghalaya needed a BJP-led government which would focus on turning it into a revenue-generating state, making it self-reliant and providing new avenues for employment.

Stating that an NGO had recently taken out a rally in the state capital to highlight the problem of unemployment, Mawrie said that the grievances highlighted by the NGO resonated with that of the BJP.

Mawrie agreed that the local youth should find a space in the private sector as well.

For this, the BJP leader also proposed that effective steps should be taken to further increase the employability of local youth.

“The next government, which will be BJP-led, will address these issues on a priority basis. The BJP is preparing a ‘100 days priority program’ that it will implement immediately after coming to power in the state,” the State BJP president exuded confidence with assembly elections due early next year.