BJP CMs to meet, governance, upcoming polls among issues to be discussed

Reaching 100 percent of the target population under government schemes, as envisioned by PM Modi is also on agenda. 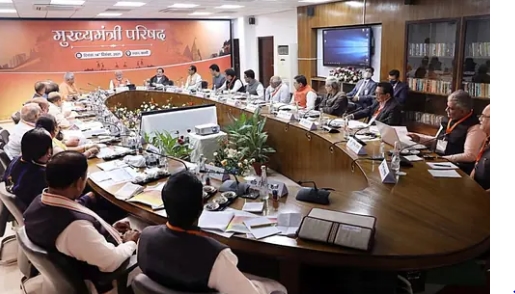 New Delhi: Chief Ministers of BJP-ruled states will attend a meeting here on Sunday, and discuss issues related to governance and upcoming polls.
The meeting will be chaired by BJP President JP Nadda and Prime Minister Narendra Modi is also likely to join.

The “Har Ghar Tiranga” program, which is a part of the Azadi ka Amrit Mahotsav being observed on the occasion of the 75th year of India’s independence, is likely to be discussed.

Sources said the government’s performance in states and upcoming elections in states are among the issues likely to be taken up for discussion.
Reaching 100 percent of the target population under government schemes, as envisioned by PM Modi is also on agenda.

‘Har Ghar Tiranga’ is a campaign under the aegis of Azadi Ka Amrit Mahotsav to encourage people to bring the Tiranga home and to hoist it to mark the 75th year of India’s independence as per the website of Azadi ka Amrit Mahotsav.

As part of the campaign, citizens will be encouraged to hoist the tricolor at their homes during August 13-15.