Arrangements will be made for Mahanubhabi Panthiya to go there as soon as possible after discussing with the Gujarat Government. 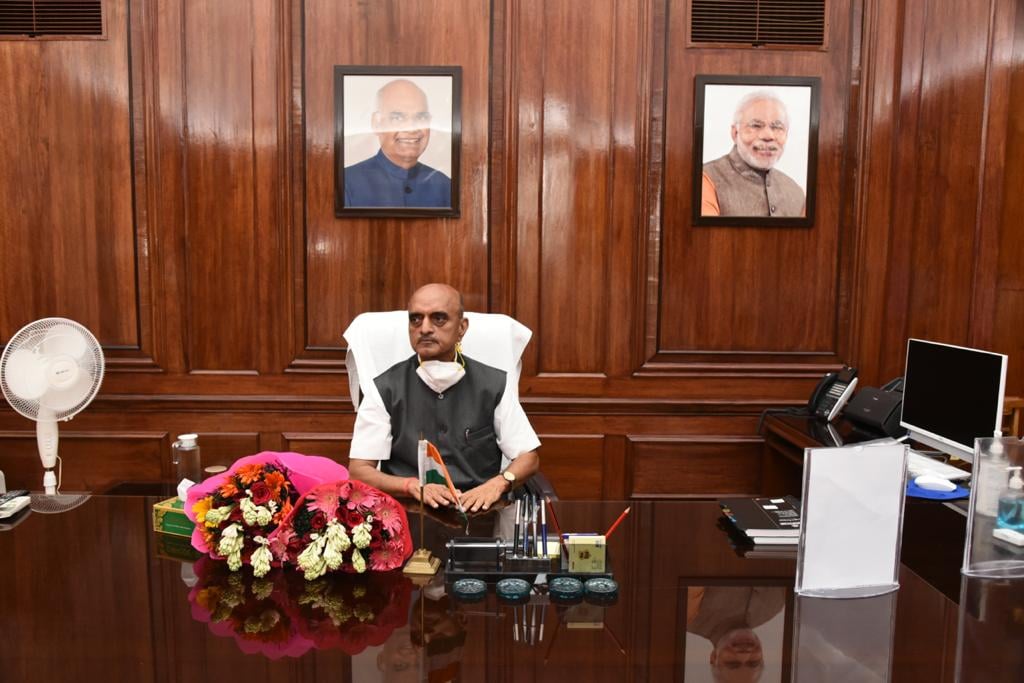 Chakradhar Swami, through Mahanubhava Panth, gave the message of equality of all religions and if we work unitedly, the country will definitely gain glory.

Union Minister of State for Finance assured that the development of Bharuch in Gujarat, which is the birthplace of Lord Shri Chakradhar Swami, who taught the world the Anhisa Paramdharma, will be developed on the lines of Ayodhya and Kashi Vishwanath.

Dr. Karad further said that Chakradhar Swami’s birthplace is Bharuch in Gujarat. Arrangements will be made for Mahanubhabi Panthiya to go there as soon as possible after discussing with the Gujarat Government. He also said that the demands of the government worshiping of Jali God in Buldana, and the establishment of a Marathi university in Maharashtra will also be considered.

Minister of State for Water Resources of Gujarat Jitubhai Chaudhary Mr. Bharuch of Gujarat State. He also assured us that the birthplace issue of Chakradhar Swami will be sorted out as soon as possible.