The new cases were found from 342 samples collected during the last 24 hours that taking the cumulative figure to 12,86,031. 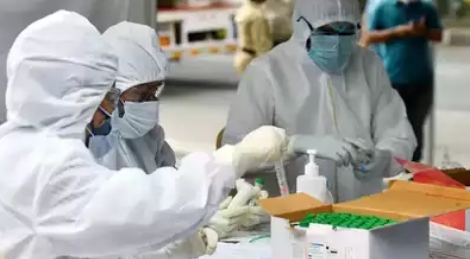 On the contrary, as many as 91 patients have recuperated from the disease during the past 24 hours that taking the total number of recoveries to 65,746, State Surveillance Officer-IDSP Dr. Lobsang Jampa said.

Following this, the state’s active Covid19 caseload came down to 251, he said, while adding that the day’s positivity rate was 13.74 percent against the previous day’s 12.69 percent.

Of the new positive cases, 14 were reported from Upper Siang, six from Itanagar Capital Complex, four from Namsai, and three each from East Siang, Lohit, Lower Subansiri, Pakke Kessang, and West Kameng.

Seventeen of the total cases turned out to be asymptomatic and 30 symptomatic. The new cases were found from 342 samples collected during the last 24 hours that taking the cumulative figure to 12,86,031.

The state’s Covid19 recovery rate has improved to 99.17 percent, while the positivity rate dipped to 0.38 percent. With the death toll remaining at 296, the fatality rate