He was chased and overpowered in the area, she added. 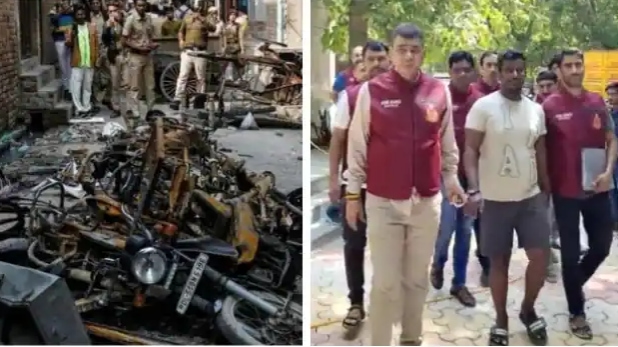 New Delhi: A 29-year-old man wanted in connection with riots in Jahangirpuri here has been arrested, Delhi Police said on Wednesday.

Sanwar alias Akbar was declared a proclaimed offender by a court and a reward of Rs 25,000 was declared for his arrest, Deputy Commissioner of Police Vichitra Veer of the Crime Branch said.

He was chased and overpowered in the area, she added.

A separate case has been registered against the accused and others on a complaint from Head Constable Nitin Kumar who was injured during an attack on the police team which went to arrest Akbar.

On the day of “Hanuman Jayanti”, Akbar along with other co-accuses allegedly instigated the public and pelted stones and glass bottles on another group and the police.

After the riots, he absconded to avoid his arrest.