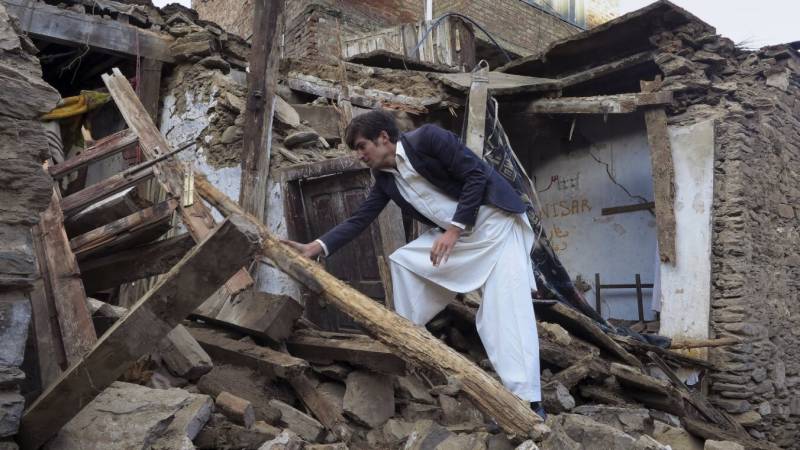 Qala-e-Naw: At least 12 people were killed and many others injured after a magnitude 5.6 earthquake hit Afghanistan’s western province of Badghis on Monday, a local official said.

Multiple houses were affected by the quake which occurred at 4:10 p.m. (1140 GMT), and the number of casualties may rise, the source added.

The U.S. Geological Survey said the earthquake with a magnitude of 5.6 jolted 40 km east of Qala-e-Naw, the provincial capital of Badghis which borders Turkmenistan.
The epicenter, with a depth of 10.0 km, was initially determined to be at 34.9479 degrees north latitude and 63.5686 degrees east longitude, it said.
Several aftershocks were also felt in the region.